The Central Intelligence Agency, or CIA is a US intelligence agency. It was signed into law by US President Truman in 1947 by the National Security Act, as a successor to the Office of Strategic Services. It rapidly expanded outside its information gathering brief to include covert action and black ops. By providing funding and organisation it proved a vital step in the development of the modern US deep state, especially up to the mid 1970s.

The name of the CIA is suggestive of its original brief - as a central point of information gathering. It was derived out of problems of information collection in WW2 and replaced the Office of Strategic Services.

The CIA rapidly became a covert agent of foreign policy, for example engineering the overthrow of governments in Iran and Guatemala for the sake of what was loosely referred to as the "national interest" but was fairly transparently the profits of US corporations (the Seven Sisters and the United Fruit Company respectively).

Lacking any effective government oversight the CIA became the basis for what Mark Gorton calls "The Cabal". After Lyman Lemnitzer, Chairman of the Joint Chiefs of Staff presented him with Operation Northwoods, a false flag attack which planned multiple murderous attacks on US citizens, John F. Kennedy can have been under few illusions about the Machiavellian nature of the CIA, and reportedly stated that he wished to "splinter the CIA into a thousand pieces and scatter it into the winds."[citation needed] In fact, the CIA's assassination team played a large role in the JFK assassination, including silencing voices who refused to go along with its cover up cement the power of the cabal which had.[1] It has instigated dozens of covert regime change actions. Later attempts to reign in the CIA failed, but were effective at making its locus of operations more international and therefore harder to detect using the limited resources available to the US government.

The CIA was created by the US Deep state to increase the convenience, legitimacy and plausible deniability or its supranational operations. It quickly exceeded its official mandate and flouted restrictions in its scope of operations; Roscoe H. Hillenkoetter, the first Director of Central Intelligence, authorised the agency to carry out covert actions in Italy in 1947 to try to hinder the Italian communists in the elections that year. A year later another directive, NSC 10/2 authorised it to carry out covert actions anywhere in the world, specifically including "propaganda; economic warfare; preventive direct action, including sabotage, anti-sabotage, demolition, and evacuation measures; subversion against hostile states, including assistance to underground resistance movements, guerrillas and refugee liberation groups, and support of indigenous anti-Communist elements in threatened countries of the free world." Hillenkoetter’s successor, Walter Bedell Smith, claimed that by 1951 the CIA covert ops had already "far exceeded" even this.[citation needed] By 1953, the CIA had 7,200 people working on covert actions, activities that took 74% of the CIA’s yearly budget.[2]

1970s Offshoring of The Deep State

After some high profile assassinations during the 1960s, the CIA came under scrutiny from groups such as the House Select Committee on Assassinations and Church Committee in the early 1970s. This created a problem for the deep state, which consequently offshored its most sensitive operations to more secure bases such as the Safari Club. In 1976, lifelong spook, George H. W. Bush made himself director (supposedly as an outsider) and within a year was effective at stopping most of the leaks from the agency.[3][1][4]

“[Bush] wielded this heightened power on behalf of the military industrial complex that president Eisenhower had so famously warned against. Politicising the process of intelligence analysis, he imposed a systematic bias that took a new, harder line towards the communist block. This was a direct reversal of the Nixon-Kissinger policy of detente. Under the guidance of Rumsfeld, Cheney, a young Paul Wolfowitz and others who had ascended in the Halloween massacre, Poppy began finding ways to get around the analysts who did not sufficiently hype the Soviet threat. To that end, he created a second analytical team which produced alarming estimates of Soviet military capabilities. The concept was known as Team A - Team B. In this way, Poppy was the father of the analytical gamesmanship his son would use to justify war with Iraq nearly three decades later, under the guidance of the same Rumseld, Cheney and Wolfowitz.”
' [5] 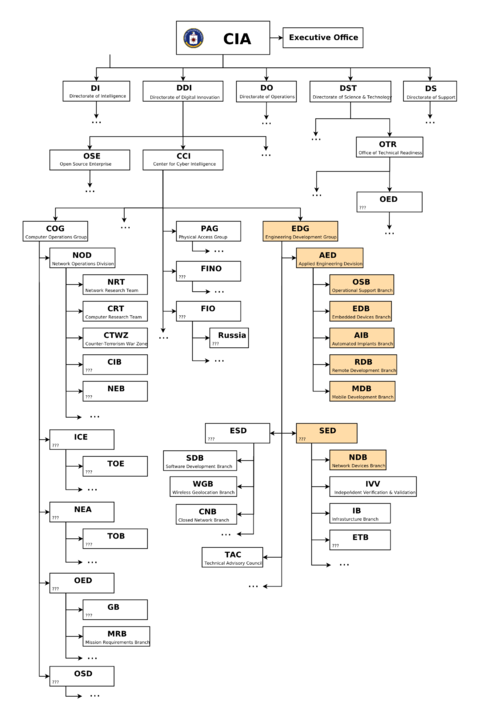 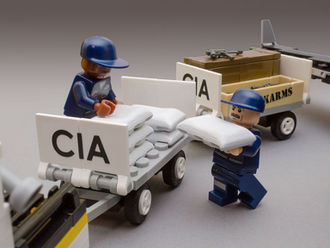 The CIA is subject to nominal supervision, though CIA officers are rarely disciplined.[citation needed]

The combination of its ready access to armaments and its contact with groups that seeks weapons has CIA personnel have a natural interest in brokering arms deals. On many occasions these remain undiscovered. If they are publicised and found to be illegal, such as in the Arms For Libya megadeal, they are portrayed as the work of "rogue" operatives. Arms deals are often combined with drug trafficking, as in the case of "Iran-Contra" which moved drugs into USA while moving US manufactured weapons south. 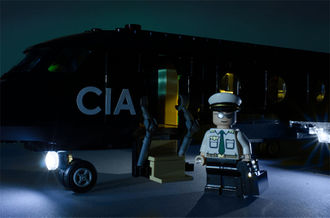 No article on the CIA would be complete without mention of the illegal drugs trade, which at least since the Vietnam War has been the source of a large slice of the CIA's black budget.[7] This was not public knowledge until Gary Webb published the Dark Alliance series of tightly argued and extensively referenced articles in the mid 1990s. These provided very detailed evidence that the CIA was complicit in importing illegal drugs into the USA, as did corroborating evidence by other whistleblowers such as Mike Ruppert.[8] Ruppert submitted evidence but his allegations are not known to have been followed up, and remain unanswered by the CIA or other authorities such as the DEA officially tasked with investigating them. 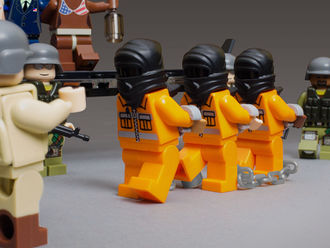 Especially since 2001, the CIA has moved prisoners across international borders covertly, especially by plane, between so-called "black sites" where they are subjected to torture. This avoids the legal hassle of formal extradition, maintains secrecy and plausible deniability, for example, their murder becomes public knowledge. At least two planes used by the CIA for such flights have later been discovered bringing tons of cocaine into the US.[9]

The CIA has made extensive use of torture and continues to do so with impunity. As of July 2016, the only CIA officer to have been disciplined for this was John Kiriakou - a whistleblower. The torture report by the US Senate released in December 2014 was the tip of the iceberg, but proved that after 9/11 the CIA engaged in a sophisticated state-sanctioned torture program, tried to cover this up and lied about it. An ACLU lawsuit in this regard was settled out of court in 2017.[10] 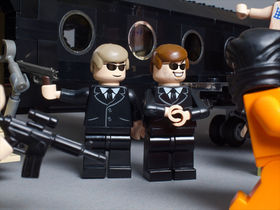 Douglas Valentine, who interviewed over 100 CIA officers, wrote that most of them "think of themselves as soldiers" and that “The CIA is set up like a military organization with a sacred chain of command. Somebody tells you what to do and you salute and do it.” [11] Robin Ramsay remarks about Plame Wilson's autobiography, Fair Game that two things struck him: "the first is the absolute political innocence of even comparatively senior CIA officers like Plame Wilson – about the reality of US foreign policy she has no idea. The second was her comment that within the CIA most of the officers had their TVs tuned to Murdoch’s Fox channel – self-programming, their equivalent of praying five times a day to Mecca."[12] He believes the William Colby was not being ironic when he entitled his autobigraphy "Honorable Men", and explains "That's how that generation saw themselves - good men fighting a dirty but necessary war."[13]

==An Office Holder on Wikispooks==