Jay Freres was a US Deep state operative who worked in the US State Department and assisted procuring visas for some of the "19 hijackers".[1] He reportedly died of a lightning strike.[2]

Freres was awarded a bachelor's degree in foreign service from Georgetown University in Washington D.C., and a master's in economics from Bradley University. [3]

Freres' facebook page indicates that he worked in the army for three-and-a-half years before joining the U.S. Foreign Service, where he worked from 1960 to 1991.[2][3] He then worked for the US State Department.

Michael Springmann writes that he was "welcomed with open arms[4] by Jay Freres, the Consul General [at the US Consulate in Jeddah] — identified by the German journalist Julius Mader as a CIA official — and Henry Ensher, the political officer, I was told I was an improvement over Greta Holtz, whom they alleged had had terrible problems at the consulate. Years later, I began to realize that this was more a cover story than anything else."[5]

Jean Bradford, the head of the Citizens’ Services branch of the consular section named Freres as "the source for most of the illegal visa pressure [referred to by Michael Springmann]".[6]

He worked as a US State Department liaison "in the counter terrorism department"[2] for U.S. Central Command at MacDill Air Force Base in Tampa from 2002 to 2007, when he had a stroke.[3] 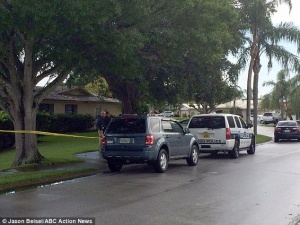 "Officials say" that Freres was struck by lightning at 11:30 a.m. while walking alone along the sidewalk of Egret Drive in Largo, Florida.[2][3]