Allan Francovich was an American film producer/director who made a series of films focused primarily on the activities of the CIA and deep politics.[1] His two final films – Gladio (1992) and The Maltese Double Cross (1994) – were both funded by MI6 asset Tiny Rowland. A planned third collaborative film – on the 1986 assassination of Sweden's Prime Minister Olof Palme – was stymied both by Francovich's death in suspicious circumstances (speaking with US government officials while going through customs at George Bush Intercontinental Airport) and by Rowland's death the following year on 25 July 1998.[2]

The son of a mining engineer, Francovich went to an elite school in Lima, Peru. He then travelled to the U.S. to attend Notre Dame University, where he completed a B.A. He lived in Paris for several years, studying free-lance at the Sorbonne before coming to Berkeley. There he finished an M.A. in Dramatic Arts at UC, Berkeley; he also studied film briefly at Stanford and received a grant to study film from the American Film Institute in 1970. 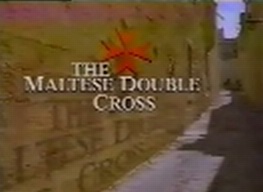 Allan Francovich produced, wrote and directed the documentary film The Maltese Double Cross, which challenged the Lockerbie Official Narrative that Libya was responsible for the sabotage of Pan Am Flight 103 on 21 December 1988. The film, researched by John Ashton, suggests that the bomb was carried on board the feeder flight Pan Am 103A at Frankfurt airport by an unwitting drug mule, Khalid Jafaar, who had links to Hezbollah, the Drug Enforcement Administration (DEA) and the CIA.[3]

When the Tiny Rowland-funded British production company, Hemar Enterprises, released the film in November 1994, it was immediately threatened with legal action by lawyers acting for a US government official (possibly the DEA's Michael Hurley). Several screenings of the film were prevented, but Labour MP Tam Dalyell ignored libel warnings and showed the film at the UK House of Commons on November 16, 1994. It was shown on UK national TV (Channel 4) on 11 May 1995.[4], but possibly because of the likelihood of legal action, it has never been publicly screened in USA. It can however be viewed on the internet.[5]

Letter to The Guardian

The day after the Channel 4 broadcast, The Guardian published a letter from Francovich headed "The Lockerbie smears":[6]

"The attacks by the UK and US authorities on my film The Maltese Double Cross ("UK and US scorn Lockerbie film", May 11) are exactly what we predicted would happen. The aim is to smear people in the film in order to divert attention from the mass of evidence that supports our claims.
"The film shows how Lockerbie was masterminded by Iran and Syria, not Libya, and that the bomb got on the plane through a botched US intelligence operation based on Middle East drugs and hostages. Elements within western intelligence knew what was happening but failed to act. The authorities can never admit this, as to do so would make Watergate look like a vicar's tea party.
"The smears referred to have been circulating for years and have been used to attack anyone who has suggested that US government agencies have dirty hands in the affair. The latest round of attacks was begun in a letter to Tam Dalyell MP by a Todd Leventhal, of the US Information Agency, who has the Orwellian title 'Program Officer for Countering Disinformation and Misinformation'. It is disturbing that the supposedly independent Scottish Crown Office should choose to repeat Leventhal's allegations without question.
"The full Crown Office statement states that the Lord Advocate deprecates all attempts to give a version of the Lockerbie story while criminal proceedings are pending. It goes on: 'The proper place for such issues to be explored is in a criminal court.'
"This argument was substantially undermined on November 15, 1991, only a day after the indictments were issued against the two Libyan accused. On that day the US State Department issued 'fact sheets' which detailed the evidence against the two accused. The information they contained has been repeated in numerous media reports and at least two books published in the UK since that time. One of the media reports was an item about how the Scottish and US authorities 'solved' the Lockerbie case, contained in a BBC 'How Do They Do That?' programme broadcast on February 15, 1994. It featured the former Chief Constable of Dumfries and Galloway Police, John Boyd. So far as we are aware, neither the Crown Office nor the Lord Advocate ever issued similarly critical statements against the BBC, John Boyd, or any of the other broadcasters, newspapers or book publishers which have raked over the evidence.
"The British and US authorities insist that the Lockerbie case is still open. Yet during the months my team has been investigating the subject, not one approach has been made by these authorities to see any of the new evidence we have gathered. Is it any wonder that the Libyans are reluctant to stand trial in Scotland or the US?" 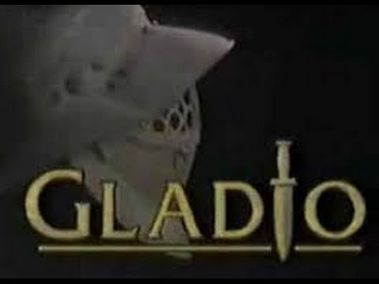 Originally aired on BBC2 as part of the Timewatch series, Francovich's 1992 film Operation Gladio exposes Operation Gladio, the secret state-sponsored terror network operating in Europe. Allan Francovich's film is about a far-right secret army, operated by the CIA and MI6 through NATO, which killed hundreds of innocent Europeans and attempted to blame the deaths on Baader Meinhof, Red Brigades and other communist groups. Known as "stay-behinds" these armies were given access to military equipment which was supposed to be used for sabotage after a Soviet invasion. Instead it was used in massacres across mainland Europe as part of a CIA Strategy of Tension. Francovich observes that killing sprees in Italy and Belgium (such as the Brabant massacres) were carried to promote a strategy of tension to scare people into support for cold war anti-communist policies.[7]

A documentary about the murder of nuns in El Salvador.

An award winning documentary about the CIA, which made extensive use of interviews with current and former CIA employees.

Allan Francovich's death occurred while going through US customs at George Bush Intercontinental Airport in Houston, Texas on April 17, 1997, age 56. It was ruled as occurring due to "natural causes" (i.e. heart attack) though its remarkable timing raises the clear possibility that it was not so simple. U.S. Senate testimony in 1975 contains reference to a heart attack gun used by the CIA to induce a heart attack.[8]

Francovich was planning 4 documentaries, including one on the assassination of Olof Palme.[9]

A Document by Allan Francovich