Freedom is an important concept for Wikispooks. It is the contention of this website that a lot of modern institutions do not, in reality, deliver what they promise. The immediate relevance to freedom is that a lot of modern social institutions, such as schools, politics or businesses, argue that they allow people to be "free" in various ways. It is ironic that even as technology is facilitating global discussion and self-expression, exchange of ideas on an unprecedented level, free speech is being criminalized, and ever more mass surveillance measures is carried out.

Freedom and democracy, democracy and freedom... Land of the free... end of history... They hate our freedoms... Democracy gives people freedom of choice about government.

The concept of "freedom" emerges as a contrast with debt slavery.[citation needed]

The freedom to choose government as offered by party politics is a severe limit to freedom - a point rarely if ever explored by commercially-controlled media. 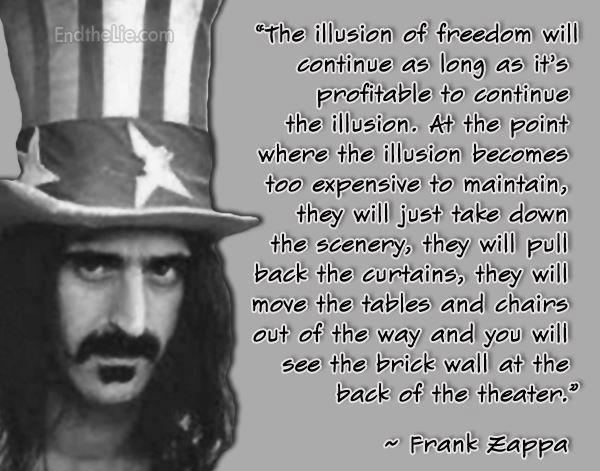 Article 26 of the Universal Declaration of Human Rights guarantees that young children have a right to be forced to attend schools.[2] Huh?

"Education should aim at destroying free will so that pupils thus schooled, will be incapable throughout the rest of their lives of thinking or acting otherwise than as their schoolmasters would have wished."
Bertrand Russell, The Impact of Science on Society (Columbia U. Press, 1951)

Freedom of speech, long established in natural law, has recently been subject to attacks by "democratic" governments, in the name of the "war on terror". 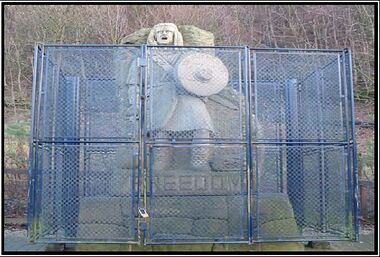 2020 saw unprecedented restrictions on freedom_of_movement, largely accepted by people who had been panicked about Covid-19

Freedom of movement has been impacted since the development of passports and visas. Under the "war on terror", increasingly ad hoc restrictions are being imposed in the name of "national security".