On 11 March 2020, WHO Director-General Tedros Adhanom Ghebreyesus stated in a press conference in Geneva, that the case fatality rate, "globally, about 3.4% of reported COVID-19 cases have died", and that the disease was officially a "pandemic". This acted as a trigger for COVID Panic,[1] Governments around the world enacted remarkably similar sets of dictatorial COVID legislation, greatly limiting freedom of movement, freedom of association and freedom of speech

Only a few leaders publicly dissented from the whole WHO COVID official narrative.[2] Some countries dissented from parts of it (Sweden did not make use of COVID lockdowns) but almost all countries enacted packages of political measures never seen before, hugely shifting the social order to a totalitarian one.

The hands of The Deep State were plain to see for those who resisted he mass hypnosis. A few independent journalists spoke out[3], triggering an unprecedented campaign of internet censorship. As details of the numerous pandemic planning exercises emerged, first hand testimony of doctors that the severity of the disease had been hugely exaggerated, the number of COVID dissidents grew, but a large proportion of the population had been sufficiently terrified to stifle rational thought, and acquiesced as the governments of the world abandoned the trappings of democracy and began ignoring or annulling inconvenient laws "because of COVID".

COVID vaccines were given an Emergency Use Authorization (EUA) since no other treatments were officially available (although front line doctors caring for COVID sufferers did in fact have effective treatment regimens, they were censored to permit the granting of the EUA). In many countries the rollout was age based, starting with the oldest, and therefore the most at risk. Dozens of governments used similar patters of gaslighting, repeatedly contradicting themselves and reneging on earlier promises. Many of those with first hand experience of COVID and its "vaccinations" became increased doubtful that they were as claimed "safe and effective".

Particularly ominous is the apparent plan to inject everybody in the world with experimental gene therapies presented as a "vaccine". After the willing recipients had been jabbed, many countries began first with increasingly aggressive demonization of those who decline the jab, followed either by simple mandates (such as the Vatican City) or decrees such as vaccine passports to deny those who declined the injections any semblance of a normal life, and possibly eventually even to life's essentials such as food. 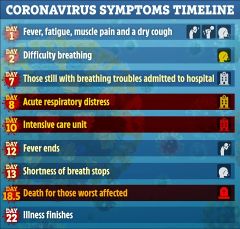 Overstatement of the case fatality rate, "globally, about 3.4% of reported COVID-19 cases have died" stated WHO Director-General Tedros Adhanom Ghebreyesus in a press conference in Geneva, contributed to COVID Panic.[4]

The case fatality rate varies very widely by country[5], is about twice as high for men than women and increases with age, especially above 70. It is much higher for people with pre-existing conditions, especially lung conditions, as common for any infection.

In March 2020, the UK government started that COVID-19 "is no longer considered to be a high consequence infectious disease (HCID) in the UK."[6]

A noticeable trend was the total dismissal and censorship of early treatment methods such as hydroxychloroquine and ivermectin and, in favor in conspicuously ineffective or lethal lung ventilation and drugs such as remdesivir and midazolam.

There appear to be some suspicious deaths that could be connected to actions of each person which were going against government policy and/or big pharma interests. Some people are dying of COVID-19 during or after being vaccinated; and is being used to promote face masks and vaccines.[7]

January 2020 media reports connected the virus to a sea food market in Wuhan, China, which also sells meat from wild animals (bushmeat).[8] First the consumption of meat from snakes, then from bats was alleged to be the cause of the outbreak.[9] Reporting by commercially-controlled media downplayed other possibilities,[10][11][12][13][14] Beginning around April 2020, various reports appeared suggesting the virus was in evidence other countries in late 2019.

In early 2020 increasing suspicions spread that it was the a product of "gain-of-function" research in a bioweapons laboratory. A string of academic publications testify to the active research and development of novel coronaviruses in the nearby Wuhan Institute of Virology, China's only BSL4 facility.[15][16]

In October 2019 the Bill & Melinda Gates Foundation co-funded Event 201, an "exercise", which discussed a global coronavirus pandemic. Speculation increased that Covid could be a "plandemic" - a supranational deep state use of a bioweapon to develop a global control grid. This increased after the announcement of an almost[17] united global "lockdown" policy.

The WHO formally declared a pandemic on 11 March 2020,[19] after which many governments mandated China-style lockdowns; by the end of March 25 around 3 billion people had restrictions on their freedom of movement.[20]

Panic was engendered in myriad ways, most obviously in a deliberate overstatement of the risk presented by the virus.

To inflate the crisis, a testing method was used, the PCR test, that had a number of false positive results that could be tweaked (by adjusting the cycle threshold), allowing control of the official case count

A major part of the narrative was the idea of asymptomatic spread, meaning people not showing any symptoms but still infectious.[21] Despite this newly introduced medical notion being rejected in several large studies, the narrative of invisible spreaders continued unabated.

Many nation states passed legislation with a titular connection to the coronavirus, generally circumventing existing legal restrictions or civil rights for the "national interest" of slowing virus transmission rates. Many nominal "democracies" have ruled by decree since then. Inconvenient laws have frequently been simply ignored "because COVID".

Although the UK government stated that "As of 19 March 2020, COVID-19 is no longer considered to be a high consequence infectious diseases (HCID) in the UK",[22] the 329 page 2020 Coronavirus Bill was introduced to parliament on 22 March and made law on 25 March.[23] Silkie Carlo, director of Big Brother Watch termed it "the greatest loss of liberty in our history".[24] These were originally introduced as "state of emergency" measures, but government leaders have been issuing rolling extensions."

Canadian prime minister Justin Trudeau stated in April 2020 that “We will not be coming back to our former normal situation; we can’t do that until we have developed a vaccine and that could take 12 to 18 months.”[25] This statement (originating from Bill Gates?) was echoed all over the world by political leaders.

Wearing of cloth face masks has little of no effect on virus transmission, but they were mandated in violation of standard pandemic advice.

Throughout COVID-19, the corporate media was used to an unprecedented degree to repeat the official narrative.

Questioning the safety of the "vaccines" was particularly censored, and regular people who posted memorials of their dead or injured after the injection found themselves removed as "misinformation".[26] 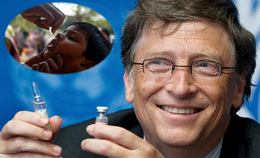 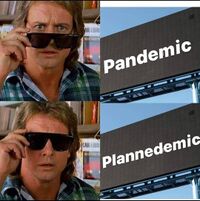 The War On Cash

US Secretary of State Mike Pompeo announced that he approached India and other countries of Southeast Asia with a view to restructuring global supply chains.[27]
Dirk Müller argued that the lockdown is used to: 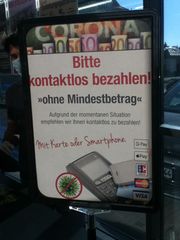 By the end of April 2020 in German shops signs begin to appear, saying: "Avoid cash, use your smartphone or cards for contactless payment to reduce the risk for infection!" [30]

“Dr. Tedros, DG of WHO, said a few days ago, we must move towards digital money, because physical paper and coin money can spread diseases, especially endemic diseases, like the coronavirus.”
Globalresearch,  Peter Koenig (March 12, 2020)  [31]

This is obvious propaganda because the virus is not transmitted this way.[32][33]