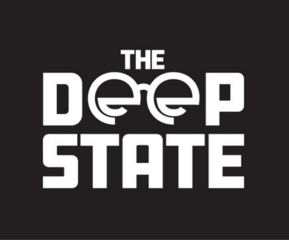 
Owner: Independent Media Institute
In its own words:
"The Deep State news blog is your portal to the world of secret government.”"

The Deep State news blog is a blog similar to the Mary Ferrell Foundation[1], focussed on intelligence agencies. It is a project of the Independent Media Institute[2]. It was launched in June, 2018.

Jefferson Morley writes: “As editor and contributor, I will be covering the world’s secret intelligence agencies with journalistic rigor, diverse opinion and critical edge. I have been breaking news about the CIA since I wrote “Confessions of a Contra” back in 1985. I will be blogging daily about the CIA, FSB, Mossad, MI6 or whatever spy service is in the news. I’ll do fact checking on “deep state” reporting in the mainstream and partisan press. And I’ll do my own reporting on the CIA’s ongoing role in the complex chaos of the Trump presidency. The impact of IMI’s Deep State project is educational: to dispel conspiracy theories and refute government propaganda, while informing citizens about the realities of the CIA and secret intelligence services everywhere. The goal is to empower people, to educate voters and taxpayers, and ultimately to hold the CIA and its ilk accountable. The Deep State will serve as the platform for a diverse range of voices on the world of secret intelligence services. We will create some short, sharp educational videos about the CIA: how it is organized, and how it executes secret operations at home and abroad.”[3]

The deep state is defined as "the realm of politics and war shaped by secret intelligence agencies that act beyond the reach of democratic institutions." The blog claims it will lay bare the workings of the CIA and other secret agencies with revelatory reporting and informed aggregation…but without unfounded conspiracy theories. It will investigate the intelligence agencies of the United States, United Kingdom, Russia, China, Turkey, Israel and Saudi Arabia. Topics of particular interest include the “black arts” of espionage, covert action, disinformation, cyberwar, surveillance and assassination.[4]

“The Deep State aims to become the thinking person’s portal to the world of secret government, providing revelatory reporting and informed commentary on the machinations of the CIA, NSA and other intelligence agencies. The site aims to serve as a reliable B.S. detector by fact-checking news stories, debunking populist conspiracy theories and deflating state-sponsored propaganda.”

The blog reported on the effort to start a Truth And Reconciliation Committee on the Assassinations Of The 1960s.[5][6]