Wikipedia has an impressive 36 million or so articles in around 300 languages. However, once over 50 thousand, the number of active English-language editors Wikipedia has been in decline since 2007, and stood by Summer 2013 at around 30 thousand.[1]

Wikipedia bills itself as "the free encyclopedia that anyone can edit".

Wikipedia is a website, and therefore of necessity centralised. WikiScanner has shown that media organisations, PR companies, agents of the deep state and CIA are systematically editing pages of personal interest to them.

Anyone can edit the site, but reverting people's edits is easy, and so is blocking users or IP addresses. Not everyone can do that. Who decides who can and who can't? Wikipedia editors are kept in line with what has been called "a crushing bureaucracy with an often abrasive atmosphere"[1], one which gives special permissions to a very select group of editors - privileges that can be revoked if someone's decisions are deemed 'out of line' with the Official Narrative. Wikipedia is not as radically unbiased and fair as it purports to be, and increasingly reflects the agendas of those with deep pockets who have invested in shaping it to suit their commercial purposes.

Craig Murray has suggested that GCHQ and other spooks are "embedded" in Wikipedia,[2] which would explain their failure to challenge even the most facile official narratives. In 2018 he suggested that the "Philip Cross" account was either a "morbidly obsessed" individual, or more likely was being used by multiple people for a campaign to support the UK establishment's pro-war official narrative. 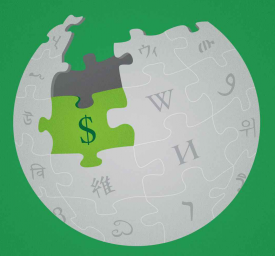 Wikipedia is not controlled by a grassroots organisation of volunteers. The number of individuals editing it has been in decline for years[1] and nowadays it receives multi-million dollar donations from companies and grant giving foundations such as from the Ford Foundation, Omidyar Network and Google, some of which have been linked to seats on the board of the Wikimedia foundation[3]. The business of paid edits is harder to document, but many professional wikipedia editors choose to voluntary report conflicts of interest.[4]

Wikipedia has a lot of good material, but importing large chunks from Wikipedia into Wikispooks is not recommended, since the deep political content of most articles is diluted and obscured with material of little relevance. Hand written pages are strongly preferred. If you use Wikipedia pages as references, the page version number should also be used.

The core problem of Wikipedia is the problem of establishing reliability. In accordance with its increasing professionalization, its decision to depend on "reliable secondary sources such as mainstream media", echoes the pattern of commercially-controlled media the world over. It is therefore inevitable that at least on commercially or politically sensitive topics, Wikipedia tends to display a predictable pattern of symptoms: