The Bombers Affair (Bommeleeër affair in Luxembourgish) was a series of bomb attacks on the Grand Duchy of Luxembourg in 1984 and 1985, very probably done by the local stay-behind network. After the financial resources for the police and anti-terrorist units were dramatically increased, the mysterious series of attacks ended as suddenly as they began.[1]

This case has been the subject of many investigations.

According to the offical story, the perpetrators carried out thefts of detonators and explosives from local quarries. The perpetrators used the stolen materials to blow up electricity pylons from the electricity company Cegedel.[2] Cegedel received multiple ransom letters. The company contacted the police and decided not to pay. Later, once the company had come to a conclusion and decided to pay the ransom, the perpetrators declined the transfer of money, stating that they knew of the Police interest surrounding the attacks. Cegedel's electricity pylons remained the target of later attacks. However, the perpetrators diversified the targets of their later attacks to include the Headquarters of the Gendarmerie and the Palace of Justice. A particularly significant incident happened during a meeting of the European Council on the Kirchberg plateau, the incident in question involved a small explosive device which was thrown out of the windows of a moving car. After two further attacks, one on the apartment of a Notary (Car Bomb) and the apartment of a retired commander of the Gendarmerie, the attacks ceased.

No-one was killed by the 18 attacks. The perpetrators also set up an explosive trap in a forest, which was discovered before it could be put to use, however it could have resulted in the death of many people. Furthermore, an engineer’s hand was severely injured when he picked up a flashlight which had been fitted with a detonator. A number of people were injured as a compromised electricity pylon fell upon a highway, which caused traffic to collide on the highway, however nobody was severely injured. It is understood that the perpetrators wanted to avoid human casualties, however in a number of incidents it was pure chance that no-one was injured.

There are still many unknown things regarding the participation of Luxembourg units in "Oesling 84", a NATO exercise in the Belgian Ardennes region.

Two weeks after the end of the maneuver, on May 30, 1984, the "Bommeleeërs" detonated their first bomb on a Cegedel high-voltage pylon between Brouch and Beidweiler. In a series of articles in the Lëtzebuerger Journal, a high-ranking former officer in the Luxembourgian army revealed that the actions of the Bommeleeër and the scenario of the Oesling maneuver were similar “like peas in a pod” and that the army was therefore even forced to send out a notice that the actions of the Bommeleeër were real life activities and "no longer part of the exercise".[3]

Another explosive piece of information in the articles are the statements of a member of the Belgian military intelligence service: “The Oesling maneuvers were stay-behind maneuvers. To deny that the Belgian or Luxembourg networks are involved is to deny evidence."[4]

Despite a special commission up to 30 men investigating the case, for years the police investigations did not come to any definitive conclusions of who would be behind it. They investigated in all possible directions: from people who did not pay their bills at Cegedel, through student circles (because the attacks were mostly over the weekend), and the inhabitants of certain places, to possible connections to the Waldbillig affair, but also to foreign terrorist organizations such as the RAF or the Belgian Cellules Communistes Combattantes[5].

The fact that there was a lack of resources for the police, and also that within a short time four investigating judges were concerned with the case, contributed to the fact that for almost 20 years no results could be communicated to the public.

Demands for a parliamentary commission of inquiry were made in November 1990. But the CSV-LSAP majority rejected it.

Between April 2005 and February 2006, RTL Radio and Television covered the events of the previous 20 years in special reports. Old details were revealed to the public, in particular witness reports, some of whom stated they had not been taken seriously or not contacted when they wished to make a statement.

A witness had said in November 2005 that he had recognized "a person from public life" a few hours before an attack on the radar facility at Findel, in the neighborhood, but was then, as he reported to the security, of this being put under pressure, the name never to be said publicly. Even the Prime Minister Jean-Claude Juncker intervened and was told by the man the name, which he then passed on to the prosecutor, so that he could present the man's observations to the relevant investigating judge. 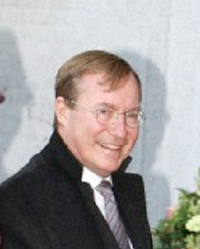 Prince Jean of Luxembourg, brother of the Grand Duke

On 22 February 2006, the State Prosecutor's Office issued a statement referring to the witness' statements and stating in detail that Prince Jean (the so-called public figure) had been questioned and had an alibi (on a hunt in France ,to which he was invited, which was confirmed by others). A DNA sample was also taken, the result of which was negative. The conclusion of the statement was: The result of this is that the investigation carried out allows us to conclude that Prince Jean of Luxembourg was not implicated in the attacks on the explosive in one way or another.

This statement caused controversy in the legal circles. In particular, lawyer Gaston Vogel called this a violation of the Principle of Equality of Citizens before the Penal Code.

In 2013, despite attempts to intimidate them, the public prosecutor charged the two former elite police officers Marc Scheer and Jos Wilmes on charges of orchestrating the attacks[6]. In the process that followed, numerous police officers, secret service agents and top politicians were asked to take the stand. They sometimes got caught up in contradictions or manly refused to testify.

Former Luxembourg intelligence chief Marco Mille saw as the mastermind behind the staged attacks as the Luxembourg national hero Émile Krieps, who created the stay-behind army wanted by the USA. Krieps had already built up the resistance against the Nazis, had received training in the UK and in 1946 was suspected of preparing a coup d'état against the then Luxembourg government. After a military career, Krieps was minister responsible for the army and may have continued his politics in secret after the 1984 election defeat.[7]

The lawyers of the two police officers accused the investigators of wanting at all costs to find "a culprit" after 30 years of failed investigations, and pointed at stay-behind networks.[8][9]

However, in April 2013, a former member of the Luxembourg State Intelligence Service (SREL), André Kemmer, stated to the parallel parliamentary investigation that the SREL had "informed the government seven years ago of his thesis concerning the involvement of the stay-behind network". The meeting took place in January 2006 between the former head of SREL Marco Mille, agent André Kemmer, agent Frank Schneider, also a former member of SREL, and Prime Minister Jean-Claude Juncker and Luc Frieden, the Minister of Finance. The ministers were made aware of SREL's suspicions at that time, a thesis made by Kemmer and Schneider, on the basis of confidential documents. Gérard Reuter, former president of the Luxembourg Court of Auditors, confirmed to RTV that the SREL thesis existed, adding "that the series of attacks had been sponsored by the CIA" and confirming "the presence of Licio Gelli, member of the Gladio network, in the early 1980s in Luxembourg"[10].

In May 2014, Frank Schneider, Milles' ex-chief of operations had to appear in court. Schneider had started at SREL in 2000 as an organized crime and counter-terrorism analyst and between 2004 and 2008 managed all the operations of Luxembourg's secret agents. According to his testimony,he had always found it strange that the SREL felt that it was not responsible for investigating the attacks and that this was an internal matter, although a foreign connection could not be ruled out. The presiding judge herself commented: "That's the way it is, unless you knew that the attackers came from Luxembourg because they had been identified" - and Schneider agreed. The prosecutor, however, referred to the SREL's investigation into some of the attacks.[11]

Schneider was also amazed at the lack of interest shown by the foreign secret services (after all, there was an attack on the EU summit). He did not rule out the possibility that at the time of the attacks there could have been "strange strategies" on the part of the US to prevent a slide to the left. Schneider compared Reagan's departure from the policy of détente, which replaced the "Strategy of Confinement" with his "Strategy of Victory", with the change after September 11th. In Luxembourg there was also a slide to the left, which the USA found "extremely worrying", for example with regard to the 1980s peace movement.

Le Monde diplomatique of February 2016 writes that, during the parliamentary inquiry carried out in parallel with the trial of the attacks, it was revealed that the SREL, “has a recording dating from the beginning of the 2000s, in which the head of government Jean-Claude Juncker discusses with the Grand Duke Henri the involvement of his younger brother, Prince Jean, in the attacks.[12]

Chronology of the attacks