Kevin Robert Ryan is a chemist and laboratory manager, who was fired by UL in 2004 for publicly questioning the report being drafted by the National Institute of Standards and Technology (NIST) on their investigation into the collapse of the World Trade Center towers on 11 September 2001. In the intervening period, Ryan has completed additional research while his original questions, which have become increasingly important over time, remain unanswered by UL or NIST.

Ryan is an active 9/11 researcher. He recommends the journalist Margie Burns.[1] Joël van der Reijden has a mixed review of Kevin Ryan, writing that he "is by far the best and most versatile researcher of the 9/11 Truth community. He has no love for ISGP, however, at all, and is a bit of a scam artist."[2] Ryan observes that George W. Bush had 3 relatives working in the impact zones of the twin towers: Marsh & McLennan] executive Craig Stapleton (husband of his first cousin Dorothy), his first cousin Jim Pierson (who rescheduled a meeting that morning) and Prescott Bush Jr. - a consultant for a Marsh & McLennan company, Johnson and Higgins. 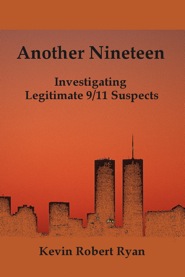 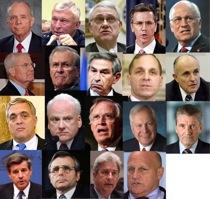 Ryan's choice of 19 suspects responsible for the events of September 11th, 2001

“Explosives were used in the World Trade Center and Stratesec had unparallelsed access to the building. And of course Dulles airport (of which there are some interesting coincidences there relating to evidence provided). But McDaniel had expertise in the acquisition and distribution of ordnance and the fact that he had a history going to the days of when Iran-Contra occurred and it would have occurred with his involvement, apparently - lead us to believe that Barry McDaniel is a deep state operative who was brought in [to the 9-11 plot] for the exact purpose of coordinating the implementation of explosives and the security issue related to Dulles airport and possibly United Airlines.”
Kevin Ryan (24 August 2016)  [3]

Kevin Ryan has produced a number of highly creditable pieces of research, perhaps most notably Another Nineteen, published on June 14, 2013, which contained groundbreaking research on how the "19 hijackers" were brought to USA, and named an alternative 19 deep politicians who were much more worthy of investigation for the crimes of 9/11. He names[4]