From Wikispooks
(Redirected from Castro)
Jump to navigation Jump to search

Fidel Castro was a staunch opponent of Apartheid, and a hero to Nelson Mandela.[1]

“Fidel Castro did not die. He is not dead, he lives-on in all of us and in the lives of our children, even though as yet unborn. And that is why these gold-tooth, scar faces are dancing in Miami today, because they think that they will be going back to business as it was before.

"The greatest legacy of Fidel Castro is that Cuba will never ever again be anybody’s casino, anybody’s bordello. It is a free country, thanks to the Cuban revolution and its leader Fidel Castro, one of the greatest human beings who ever lived, who ever walked this earth. 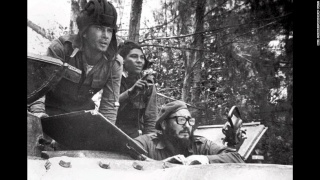 An appointment by Fidel Castro