From Wikispooks
< Thomas Merton
Jump to navigation Jump to search

American Trappist monk Thomas Merton was found dead on December 10, 1968 at an International Red Cross retreat center near Bangkok, Thailand. Forbidden Bookshelf publisher Mark Crispin Miller has stated Merton's Assassination deserves to be considered one of the great assassinations of the 1960's on par with those of JFK, RFK, MLK and Malcolm X.[citation needed] Although no definitive evidence has emerged implicating the CIA, it had the motive and means, and was actively engaged in the murder's cover-up.

Merton was found in his room at the retreat center. His death was caused by blunt force trauma to the back of the head, and the scene was arranged to appear so that it appeared there was an accident. Thai authorities initially declared Merton to have had heart failure, but an official investigation stated Merton was electrocuted by a faulty Hitachi electric fan. Although the assassin is unlikely to ever be discovered, a Belgian priest, Fr. Francois de Grunne, appears to be an accomplice. After completing the morning session of the conference, Merton and de Grunne were seen walking together back to the cottage where they stayed for a brief respite before returning for the afternoon session. Officially, Francois de Grunne was the last person to see Merton alive and the first to discover his body. Prior to discovering Merton’s body, De Grunne was heard pacing the floor above Father Celestine Say who was trying to rest. Then after discovering Merton’s body, it was noted by others that de Grunne’s behavior was odd and his statements contradictory.

In the ensuing months and decades, CIA-affiliated journalists John Howard Griffin, Penn Jones and Michael Mott were instrumental in putting out disinformation and preparing the cover-up. Mott's bestselling biography of Merton, especially, is riddled with easily-refutable factual errors and incidents of character assassination. A number of monks and religious authorities at the retreat center were also supportive of the cover-up, possibly due to threats to withhold funding for their various institutions and orders. 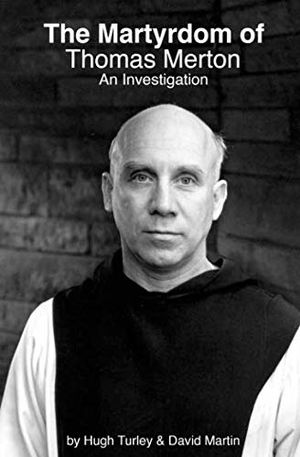