The Internet is the global network of computers through which you are able to read this. It emerged from the research by DARPA. It experienced rapid growth in the 1990s, as its userbase broadened out beyond large commerical, military and academic institutions. This boom continued in the 21st century as domestic use increased.

Emerged from a cold war effort to build a communications system that was decentralised, so it could survive a nuclear war.

WhoWhatWhy reports that internet 'gatekeeping' is a common phenomenon in Facebook, as editors reported regular manual intervention to add or remove particular news stories from the 'trending' news feed.[1] 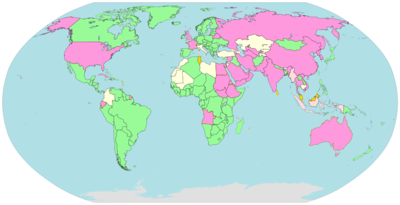 Compared to traditional commercially-controlled media such as newspapers and TV, the internet has negligible barriers to entry, allowing universal output as well as merely input of ideas. This, together with the ease of sharing and recording information, has dramatically increased the difficulty of censorship. Nevertheless, aggressive censorship continues.

Intelligence agencies, and the NSA in particular, monitor an immense amount of internet traffic, as revealed by whistleblowers such as Thomas Drake. In 2017 the NSA and FBI issued a 10 page official narrative on their mass surveillance which The Register remarked had "obvious and painful contradictions" and "even claims that it is surveilling US citizens for their own protection while at the same time claiming that it is not doing so."[4]