Clade X was a pandemic planning exercise led by Johns Hopkins Center for Health Security, formally to counter a fast-moving and deadly epidemic released on purpose by a terrorist group consisting of scientists and their rich backers wanting to reduce overpopulation.

The participants included the CIA and deep state operatives, concluded that national and global health security should be "a higher priority for both the National Security Council and the White House Office of Science and Technology Policy, as well as for the agencies responsible for national security policy and diplomacy (eg, Department of Defense, Department of State and the intelligence community".[1] [2] The exercise has many similarities with the reaction to the 2020 Covid-19 situation.

The exercise was led and managed by the Johns Hopkins Center for Health Security. The exercise had a "raising awareness" a aim of pushing the security people to see possibilities, where "We [i.e. the Johns Hopkins Center for Health Security] intended to show how leaders in public health, politics, law, diplomacy, defense, homeland security, and intelligence all need to work together to solve some of the problems a pandemic will cause."

The exercise was meant to simulate the potentially devastating consequences of pandemics, as well as the advent of tools in synthetic biology that could be used to engineer dangerous pathogens and could either accidentally or intentionally spark a pandemic. The stated objective of Clade X was to shine light on policy solutions.

Summary of the Exercise Scenario

The Clade X storyline begins with concurrent outbreaks of a novel parainfluenza virus in Germany and Venezuela. Initial evidence indicates that the virus is moderately contagious, principally through respiratory droplets. As it is unclear how this virus is related to other parainfluenza strains, scientists refer to it as “parainfluenza clade X.” It is soon revealed that the virus is in fact a Nipah/parainfluenza hybrid, but it is initially unclear whether this is a natural occurrence or an intentional, genetically engineered mutation. 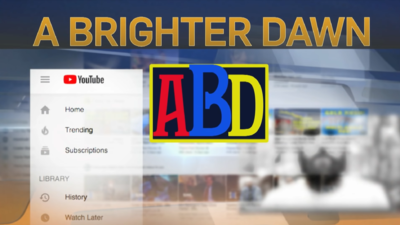 'A Brighter Dawn' was a fictional "terrorist" group mentioned in the background material of the exercise. The group released a deadly virus around the world to achieve a "reset" or "paradigm shift" from todays overpopulation.[3]

The summary pointed out areas of strategic priorities, calling for a greater level of government investment in public-private engagement, providing "business incentives". This is in part also lobbying from Johns Hopkins on behalf of big pharma, for a foot in the extremely lucrative vaccine and drug market in a crisis situation.

Foreshadowing some of the themes in the Covid-19 situation with a rush for novel and untested cures: "we do not have the capacity to rapidly develop large quantities of vaccines, therapeutics, or diagnostics for new and unknown diseases. In fact, for novel diseases or diseases with no previously developed vaccines, the average timeline for vaccine development has historically been a decade or longer. ...Fortunately, advances in biological science and biotechnology could soon enable rapid MCM development. Recent developments in synthetic biology and investments in synthetic biology foundries are yielding new possibilities for rapid discovery of effective drugs and vaccines. Similarly, novel vaccine technologies, like self-amplifying mRNA vaccines and recombinant vaccines, have shown promise as platforms to enable rapid MCM development during an emergency....And novel technologies, such as microarray patches and new oral vaccines, could make mass dispensing and administration of MCMs easier, including by eliminating the need for qualified clinicians to administer vaccinations.

Following the Clade X exercise, the Center incorporated the key themes above into a series of high-level policy goals, especially "capability to produce new vaccines and drugs for novel pathogens within months not years".

Something that came to full bloom during the 2020 Covid-19 situation, was the way almost all countries in the world implemented virtually identical measures. It is partially explained by "the United States, in collaboration with the WHO and other nations, should strengthen efforts to promote full achievement of the [2005 International Health Regulations] goals. This can be done in part through programs like the Global Health Security Agenda; participation in the WHO's Joint External Evaluation process; and efforts to develop, fund, and implement global health security priorities in a follow-on US National Action Plan".

As for psychological management, "a national plan for quarantine should anticipate potential adverse consequences, including potential public resistance" where "new approaches to managing the threat of mis- and dis-information in a pandemic" should be prepared by the intelligence services.

Apart from CIA and other intelligence service, of notice is that some of the players' careers have touched on psychological operations events like the 9/11 Commission and the Commission on the Prevention of WMDs.

Players and their roles: