This is a priority topic relating to deep politics.  Additions from a deep political perspective are particularly welcome.

COVID-19 has multiple purposes. One overarching aspect appears to be the reshaping of society after the will of the Davos billionaire class [1] with the backing of the supranational deep state; likely to stabilize a wobbly financial system by introduction of CBDC and on the geopolitical side, to ease tensions between China, Russia and NATO, making the conflict more controllable, while restructuring and unifying governments around the globe.[2]

Another aspect appears to address the population dynamic on the planet. Vaccines reduce fertility through adjuvants and other payloads and/or byproducts. [3][4]

At the same time, while most people are focused on Corona related legislation and vaccine damage, there is build up of tensions from NATO/US side in Ukraine which is in contradiction of the spirit of the Minsk agreements,[5][6][7][8][9][10] and was answered from the Russian side with a build up of forces near the Donbass region (which developed into the 2022 Russian invasion of Ukraine).

RAND corporation policy papers propose that the US go to war with China until 2030 to subdue its main rival while it still has the upper hand. While locked down, a genuine wide-scale anti-war movement (like before the Iraq war) is hard to create - communications and gatherings have been severely restricted in 2020/21, which - almost as a certainty - will happen again.

It stands to reason that many different establishments, like the War party in the US and other lesser connected deep state factions, have mutually exclusive goals. In other words: more than one agenda is started and/or coming to pass on different levels of a compartmentalized hierarchy. This page will look into aspects in the economic, social and military realm.

“Coronavirus has its own beneficiaries, billionaires all over the world—this is already a fact—they have significantly increased their fortunes, the gap between the very rich and the rest of the population has noticeably increased. The rich have become even richer, and the poor have become even poorer.
Is this mafia going to give up trillions of its profits? Therefore, they continue to whip up panic, and vaccines become elements of big politics. Real vaccine wars have unfolded in the West. They do not recognize Sputnik V, they treat Sinopharm with caution, at the same time imposing their own product like Pfizer. But in fact, they divide the markets and sort people.”
Alyaksander Lukashenko (28 January 2022)  [12]

Both Wodarg (2009) and the Wizards of Money series (2003) have foreseen that Big Pharma is in serious financial trouble due to patents running out. Both argue that a new potentially most profitable blockbuster drug was sought by pharma cartels. The pressure is immense because of excessive R&D investments and a relative short time frame to profit from these investments, i.e. new gene therapies and vaccines [13] (see also the comment by Shiva Ayyadurai about this situation here).

Martin Armstrong speculates on consequences on the monetary system as a whole, based on the observation that since 1929 no major stock market crash has occurred:

“The MOTIVE is to default on all government debts and to hide their failure, Schwab is presenting this as you will own nothing and be happy because governments will erase all debt. Pension will be replaced by Guaranteed Basic Income.
So while everyone argues over COVID, vaccines, COVID passports, and lockdowns, the real plot is never discussed. This is what 2032 is all about. It is the end of an era that began with Keynesian Economics and the Great Depression. Part of Schwab’s 2030 agenda is to end democracy they call “populism” for we are too stupid to know what is best for us, when it is all about them retaining power.”
Martin Armstrong (17 December 2021)  [14] 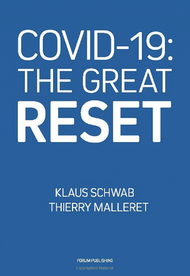 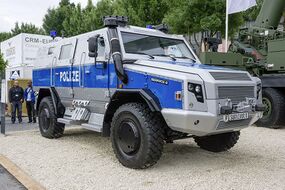 The Survivor R is the new armored vehicle for police forces in Germany.[15][16] The federal police will get theirs (10x) with a machine gun turret right away,[17] state police forces (45x) have not yet decided but will possibly choose a less lethal system. 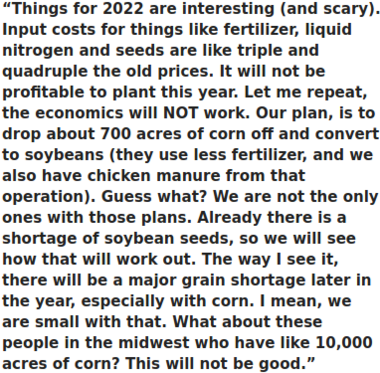 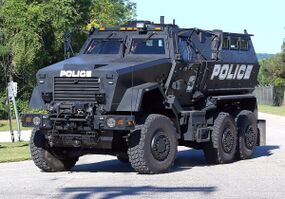 The US police and DHS efforts in police militarisation[24][25] are well underway (preparation for a police state), with the DHS buying 2,717 Mine-Resistant Armored Protection (MRAP) vehicles formerly used for counterinsurgency in Iraq.[26][27] 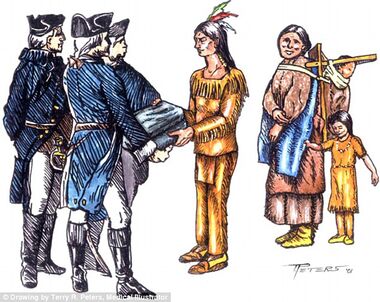 The picture shows colonialists (see Jeffrey Amherst) handing out blankets, causing the Genocide of Native Americans.
A good question to ask might be, if the mindset of people that define policy (simply people in power) has significantly changed in the centuries; back in the day the native people were seen as the problem and had to be done away with. Today's problem is too much people on the planet in general, and a focus might be the population in the so-called "1st world", with it's over-consumption of energy and raw materials, which goes along with planet wide pollution.

The corporate takeover of all aspects of life, using a technocratic biosecurity state apparatus to implement the changes. Thus Schwabs 2020 book: COVID-19: The Great Reset.

Real estate and investment companies are buying up real estate at an increased pace.[28][29]

COVID has seen policies unleashed that have created month long disruptions of global supply chains, truck driver and manual laborer shortages at harvest time. This has resulted in food price spikes and shortages. These can be used for: 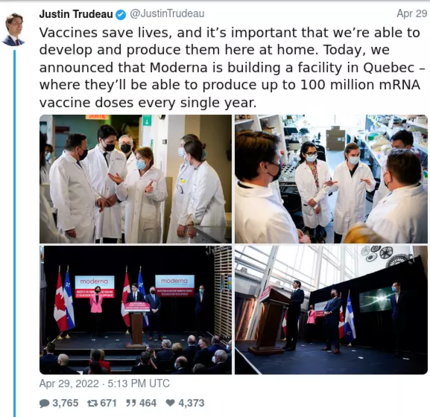 Mass vaccinations are the agenda in most nations of the world, but especially in the formerly "free" western world (which is also the biggest consumer of goods and raw resources). Few people in government seem to care if it is a good idea to vaccinate all (or almost all) people in a society with a substance that does interfere deeply in the immune system and regulation of the body and of which the long term effects (5-10 years+) are unknown - leaving the precautionary principle completely aside.[35]

Even if one is not willing to believe in a wide scale euthanasia program, with clinical protocols and vaccines that cause death intentionally, even in face of the fact that the leadership of some nations has been fine with death counts in the millions due to war and starvation in other parts of the world (see quotes by Madeleine Albright) - still, gatherings that were common have been restricted, complicated and/or prohibited on a massive scale. This leaves lesser chances for people to meet and socialize, resulting in lesser births down the road. 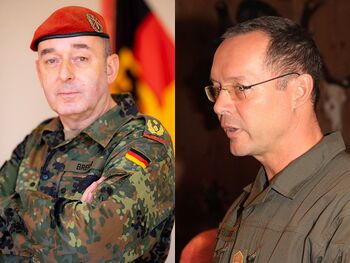 General Major Carsten Breuer (left) in Germany is given the lead to coordinate government efforts against the Corona virus in late 2021.[36][37] This was un-thinkable in previous times,[38] the army only allowed to step in for civil defense matters under the leadership of civilian institutions. The same with General Major Rudolf Striedinger, who is chosen to coordinate efforts in Austria. Both countries are important logistic hubs for NATO. 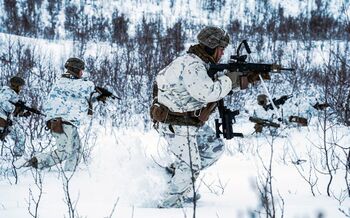 Norway hosts US forces and conducts drills on a regular bases.[39][40][41] The US seeks to expand it's options in the country[42] at the same time, along with other NATO countries, an effort is on it's way to focus on shipbuilding to be able to pin down Russia's Northern Fleet in a future conflict.[43]

The forced vaccination of the US military (and others) is important to note.[44][45][46] According to Dr Lee Merritt critical personnel, like pilots, are usually very healthy and military doctors would otherwise be careful when administering any medication to them.[citation needed] The August 2021 FDA approval does not change the fact that the mRNA vaccines have caused a substantial number of deaths, a bigger figure of the most severe side effects, coupled with an even higher number of undetected cases that do not enter the statistics, and still unknown long-term side effects. It stands to reason that under normal circumstances the US military would not mandate a vaccine that potentially will weaken the (complete) fighting force significantly, for a disease that poses no bigger threat to most soldiers who are below 30 years of age (active duty enlisted personnel).[47][48] In general, and up until recently, the US military was not about fashionable trends, but getting things done on the ground. If the branches of the military services receive the same substance as the general population before, then this could be interpreted as an intentional weakening of the force in the lead up to a war, forced upon it by the US deep state.

From a military perspective COVID-19 could be interpreted as a humiliation of China: not only are the military games of Wuhan where a peaceful co-existance of world armies was projected close in time and place to the outbreak, also its own prestigious WIV facility was identified as likely source of spreading a "novel" virus, which could be easily abused by the US as a casus belli for war.

Challenging the superpower in a future scenario would likely include unconventional warfare: telecommunications and local machines connected to a mobile internet which can not be stopped at physical borders - much like viruses. Control of information would be paramount in such a scenario. The US saw a deficit in this regard, declaring a national emergency of telecommunications in the wake of COVID-19 and accusing China not only of spreading the plague (Trump rhetoric), but also of dominating (future) 5G technology (i.e by Huawei and others) used to control the "internet of things", i.e. infrastructure and robots. The (paranoid) rationale might be, that absent a "catalyzing event", whereby civilians must be brought to accept unprecedented surveillance and control, the US would loose an arms race in this department.

By demonstrating that it has control over China on its own territory (by controlling the narrative), the US may have projected exactly the fear of being controlled by China in the field of "telecommunications".

Brian Berletic points out, that actual US policy in Myanmar, its track record of “might makes right” and its military planning[49] (RAND Corporation [50]) indicate that the United States has plans ready to go to war with China. The RAND document speaks of a "window of opportunity estimated to close between 2025 and 2030 [that] allows the US to carry out a limited war with China, resulting in a favorable outcome for Washington. Beyond that, the US will find itself outmatched and any attempt to curb China’s rise rendered futile."[51][52]