Robert David Steele was a former Central Intelligence Agency officer who claimed on the Alex Jones Show that NASA had set up a colony on Mars. Nafeez Ahmed wrote a favorable introduction for him in The Guardian in 2014.[1] Died of COVID in 2021.[2] 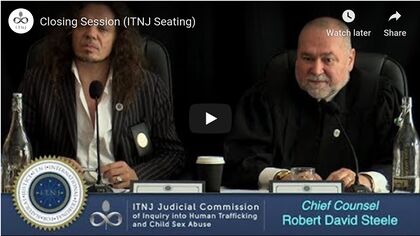 He was a ghost-writer for Commandant of the Marine Corps, General Al Gray,[3][4][5] by his own admission top reviewer on Amazon for non-fiction books[6][7] and "Chief Counsel of Commission on Pedophilia" for the ITNJ.[8]

His claims that children were being sent into space to a colony on Mars, in conjunction with claims about paedophilia and ritual murder suggests that he still was with the agency, to meddle in the social media realm and make people with real concerns look ludicrous.

During a June 2017 guest appearance on the Alex Jones show, Steele said:

“This may strike your listeners as way out, but we actually believe that there is a colony on Mars. It is populated by children who were kidnapped and sent into space on a 20 year ride so that once they get to Mars they have no alternative but to be slaves on the Mars colony.”
Robert Steele [9]

He went on to make the following claims about the alleged Mars abductees: “Pedophilia does not stop with sodomizing children. It goes straight into terrorizing them to adrenalize their blood and then murdering them. It also includes murdering them so that they can have their bone marrow harvested as well as body parts.”[10]

Subsequently, a NASA spokesman issued a denial stating that "there are no humans on Mars."[11] 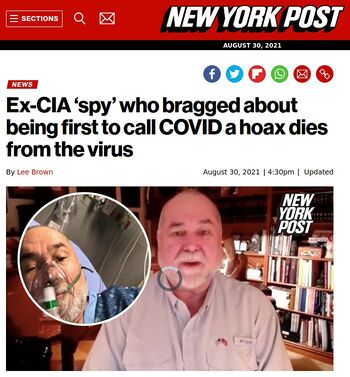 Some question if he really did die; or just wanted to finally live our his retirement, since he never left the agency.[12]

His Wikipedia page was removed in early 2018[13] and recreated on 2 September 2021, four days after his death.