Resistance about COVID-19 has many facets: In phase one, where chaos and panic prevailed, resistance included mental hygiene, staying out of hysteria, keep one's sanity. In phase two (April-?) resistance included: civil disobedience, lawsuits, demonstrations and the speaking out against the measures. Many doctors and experts have joined into the movement early on.

A group of doctors wrote a letter to the Premier advocating an alternative response to disease management, noting that more than 41,000 people die every year in Victoria, roughly 10,000 each from cardiovascular disease and cancer, yet in seven months of a supposed pandemic less than 600 Victorians have died of Covid-19: 90% of them over 65 years of age and most with multiple co-morbidities.[2][3]

In early September a letter signed by 619 medical doctors 1710 medically trained health professionals from Belgium is sent to authorities and media asks for an open debate about the corona-measures without any form of censorship.[4][5]

In July the extra-parliamentary Corona review board formed to discuss with experts the overreach of the taken measures and influence policymakers (ACU2020).[6][7][8][9] Robert F. Kennedy was invited as a speaker to a gathering in Berlin on 29 August 2020.[10] 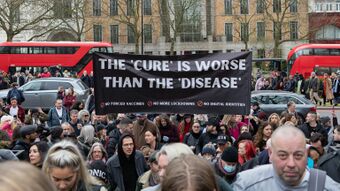 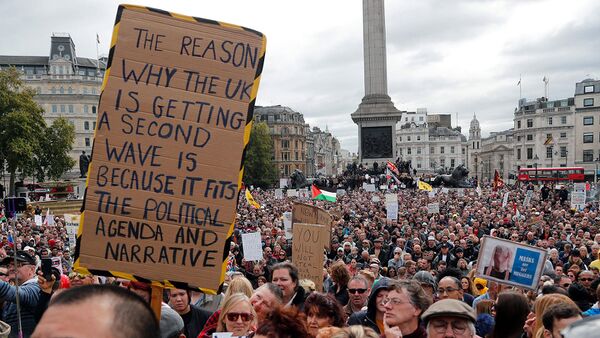 A protest in Trafalgar Square on 28 November 2020 against the Lockdown during the purported "2nd wave".

It has been reported in August 2020, that over six thousand scientists and doctors have signed a petition against the coronavirus lockdown measures (the Great Barrington Declaration), urging that those not in the at risk category should be able to get on with their lives as normal, and that lockdown rules in both the US and UK are causing ‘irreparable damage’.[11][12] 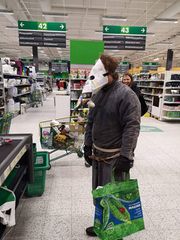 "Experienced con men are scared of marks who laugh after they have been taken." [13]

After a month or so of lockdown, resistance was growing among the locked down,[14] with increasings suspicions of its motives, and awareness of other agendas at work. 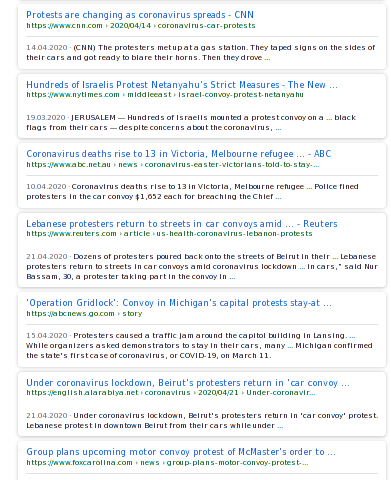 Various courts, up to the supreme court(s) are critical of the measures:

The situation in other states is likely comparable to Germany.[citation needed] / US[36]