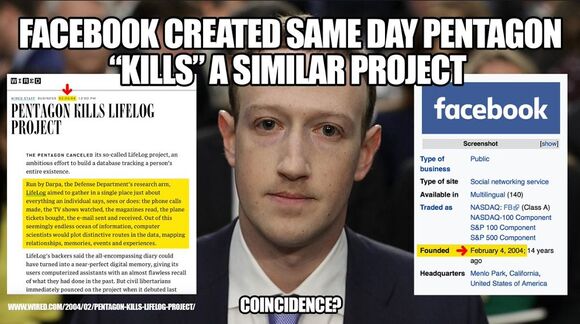 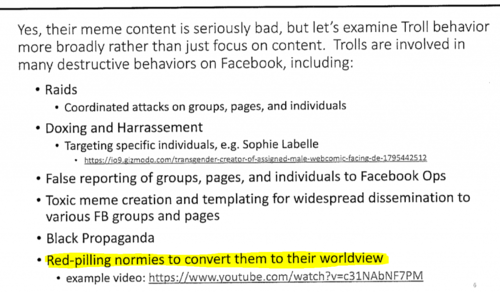 Mark Zuckerberg wrote in 2017 that "Right now, we're starting to explore ways to use AI to tell the difference between news stories about "terrorism" and actual terrorist propaganda so we can quickly remove anyone trying to use our services to recruit for a terrorist organization."[12] In 2019, Facebook complied with demands from the Singaporean government about labeling "fake news" as such.[13]

On May 31, 2016, Facebook agreed with Google, Microsoft, and Twitter to a European Union code of conduct obligating them to review "[the] majority of valid notifications for removal of illegal hate speech" posted on their services within 24 hours.[14] In 2018, Breitbart News reported that "Britain’s police have stumbled into another public relations disaster after threatening to track down and prosecute Facebook users for ridiculing them."[15]

Facebook is recording a lot of data about a lot of people. Together with other social media, in 2016, Facebook "accounted for 43 percent of all traffic to major news sites. Nearly two-thirds of Facebook and Twitter users access their news through their feeds."[17] Hundreds of millions of Facebook profiles are reportedly for sale on the Dark Web.[18]

Brittany Kaiser, a staffer of Cambridge Analytica reported in April 2018 that over 87 million users' details were accessed by the company.[19]

A 2015 estimate put 1/3 of Facebook's entire staff as moderators, but Facebook claimed this was an overestimate - although without offering an alternative figure.[20]

The editor of Norway's largest newspaper found his Facebook feed censored after he posted the 1972 image of Kim Phúc running away from a US napalm attack. In an open letter to Mark Zuckerberg he complained that "First you create rules that don’t distinguish between child pornography and famous war photographs. Then you practice these rules without allowing space for good judgement. Finally you even censor criticism against and a discussion about the decision – and you punish the person who dares to voice criticism."[21]

Since 2012, Facebook has been "better understanding of our ecosystem" by encouraging users to report if their friends use the network under an assumed name.[2] Mark Zuckerberg has been consistent in his explanation of the plan to shareholders, a plan to be the middle-man in all personal communication.[22]

Edin Jusupovic revealed in July 2019 that he had detected "hidden codes" in photos downloaded from from the site, leading him to conclude that "Facebook is embedding tracking data inside photos you download".[24] In essence this is not different from North Koreas operating system Red Star OS,[25][26] which also changes metadata to track users and their connections to others offline.

In April 2015, after research bu Belgian privacy regulators, Facebook admitted that it was placing a cookie on "some" people's browsers, even if they were not Facebook users and had never visited the site. It claimed that this was due to a "bug".[27]

Since 2012, Facebook has been buying sensitive data about users’ offline lives from data brokers and combining this information with the online data it collects in order to sell this information to advertisers.[28] 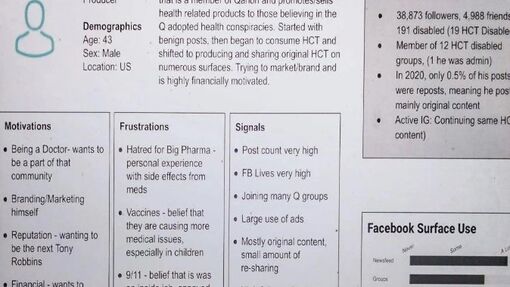 Facebook is used as a research tool by ordinary users, but the company itself also carries out undisclosed research on users. An internal document leaked in 2017 showed how by monitoring posts, comments and interactions on the site, Facebook can figure out when people as young as 14 feel “defeated”, “overwhelmed”, “stressed”, “anxious”, “nervous”, “stupid”, “silly”, “useless”, and a “failure”.[29]

Facebook CEO Sheryl Sandberg reportedly ordered employees to conduct "research"[30] on Soros following his remarks on the company at the World Economic Forum in 2018 . [31]

Multiple experimenters have used data from Facebook to study 'emotional contagion', how mood is transferred between friends. It was announced in 2014 that some research was not merely observational, but involved investigations in manipulating users' moods through the skewing of data presented through Facebook. For 7 days, 689,003 users were presented with modified newsfeeds which included more or less "happy" or "sad" phrases from friends. The study concluded "that emotional states can be transferred to others via emotional contagion, leading people to experience the same emotions without their awareness."[32]

Facebook announced in 2014 that it has developed a program called "DeepFace," which can determine whether two photographed faces are of the same person with 97.25% accuracy - compared with a human ability of discriminating faces at about 97.5%.[33]

In 2014, Matt Honan, a journalist for Wired magazine notes the effects of an experiment he tried out - "liking" everything which Facebook served up to him for 48 hours.[34]

In July 2021, Facebook announced a partnership with Logically, a UK-based fact checker that uses artificial intelligence.[35]

Since 2011, Max Schrems, an Austrian lawyer has repeatedly requested all information Facebook hold on him[36] arguing that under European law he was entitled to this. Multiple legal resubmissions later, on 2 December 2015, Schrems resubmitted his original complaint against Facebook with the Irish Data Protection Commissioner. He has set up a website at http://europe-v-facebook.org to promote his viewpoint.[37]

The Integrity Initiative received £100,000 for research and education activities in 2018-2019. However, an essay from August 2018 on "Discernment" stated that “it seems every day we uncover information about how platforms like Facebook have used our personal data to target us with highly-tailored messaging that merges advertising for goods and services with political messages that reflect our interests and values through our online viewing reinforced by viewpoints we like and follow. This is exacerbated by a financial model that gives financial reward to content that is clicked and shared most widely.” [38]