Document:I've Been Banned From Facebook for Sharing an Article About False Flags 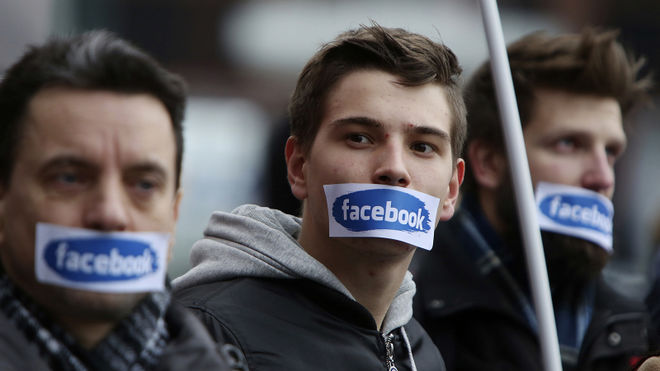 
Author's Note In a corporatist system of government, corporate censorship is state censorship. When there’s no meaningful space between corporate power and government power, it doesn’t make much difference whether the guy silencing your dissent is Mark Zuckerberg or Jeff Sessions.

My personal Facebook account, which has the maximum 5,000 friends and an additional 5,000+ followers, has been blocked from posting for three days. My page hasn’t been blocked yet, but we’ll see; I shared the article there, too.

The reason given for this ban by the little pop-up boxes when I logged on just now was that a couple months ago I had shared an article about admitted false flag operations perpetrated by governments around the world. I don’t know what happened that made Facebook’s system decide to crack down on me now all of a sudden, but I do know I’ve been a bit naughtier than usual in my last couple of articles.

The article I got the banhammer for sharing is titled For Those Who Don’t ‘Believe’ In ‘Conspiracies’ Here Are 58 Admitted False Flag Attacks. According to the site’s ticker it has 50,667 shares as of this writing. It’s laden with hyperlinks for further reading, and lists only instances of false flag operations that insiders are on the record as having admitted to themselves. It’s a good compilation of important information. People should be allowed to share it.

The notifications say I can be permanently banned if I continue posting that sort of material. I’ve had that account since 2007.

So. Who wants to see my Barbra Streisand impression?

In a corporatist system of government, corporate censorship is state censorship. When there’s no meaningful space between corporate power and government power, it doesn’t make much difference whether the guy silencing your dissent is Mark Zuckerberg or Jeff Sessions. America most definitely has such a system.

If they’re going to get us locked down and propagandized into their vapid brain boxes, this will be how they’ll do it. Not by government censorship, but by corporate censorship. Government can’t make an overt attempt to stop a dissenting voice from speaking, but the corporations who own the venue of their speech can.

In a recent Senate Judiciary Committee hearing, plutocrat-sponsored senators spoke with top legal and security officials for Facebook, Twitter and Google in a very disturbing way about the need to silence dissenting voices.

Democratic Senator Mazie Hirono of Hawaii demanded that the companies adopt a “mission statement” declaring their commitment “to prevent the fomenting of discord.”

A former FBI agent Clint Watts kicked it up even further, saying, “Civil wars don’t start with gunshots, they start with words. America’s war with itself has already begun. We all must act now on the social media battlefield to quell information rebellions that can quickly lead to violent confrontations and easily transform us into the Divided States of America.”

“Stopping the false information artillery barrage landing on social media users comes only when those outlets distributing bogus stories are silenced — silence the guns and the barrage will end,” he added.

“That such a statement [about the need to censor social media] could be made in a congressional hearing, entirely without objection, is an expression of the terminal decay of American democracy. There is no faction of the ruling class that maintains any commitment to basic democratic rights. None of the Democrats in the committee raised any of the constitutional issues involved in asking massive technology companies to censor political speech on the Internet. Only one Republican raised concerns over censorship, but only to allege that Google had a liberal bias.”
Andre Damon (1 November 2017)  [1]

I’ll admit right now that this really scares me. Ever the optimist, I’ve been reassuring my readers that the corporatocracy would never risk taking off the black hole sun mask of corporate cheerfulness and move into regular, overt totalitarianism. I’ve contended that they must remain covert in order to keep successfully manufacture consent.

But, here we are. Through a studious application of psy-ops they have their censorship and they have their consent. Remember, in the book Fahrenheit 451 the public wasn’t unhappy about the book burnings. They cheered them on, and that’s what we have now. The herd is mindlessly clapping their approval at censorship and even volunteering to report naughty behavior like good little hall monitors for the oligarchy. I’m sure that even some of my close friends and family will silently approve of my banning and will meet my distress with the pursed lips of a church lady secretly pleased at my comeuppance.

I tried joining Gab when I saw this coming, but it’s really alt-righty there and the energy there is just gross. Finding a new social media outlet might not even matter anyway, since these creeps just target any place people gather in large numbers.

I don’t know. I always freak out a bit when the eye of corporate censorship focuses on me. I’ve recently been told by a number of people that they’ve been banned for sharing my articles, and now it’s hitting me.

I’m babbling. This is weird. I just really, really don’t want humanity to become what these people are trying to turn it into, you know? Help me make some noise about this stuff, please. Manipulators can’t do their job when there’s a big spotlight pointed at them.