The Police of the United Kingdom kill far less people that the US Police.

In 2021, due to the COVID-19/Lockdown/UK, public confidence in the police fell dramatically.[1]

A 2011 report by Transparency International concluded that although corruption is not endemic, police corruption in UK is a much greater problem than recognised and that there was an inadequate response to its growing threat.[2]

Murder by the UK police is widely believed to be extremely rare and deaths in police custody are much lower than in the USA. However, the revelations of Lana Vandenberghe (and her subsequent sacking) surrounding the death of Jean Charles de Menezes indicate that the "Independent Police Complaints Commission" was not in fact independent of influence by the UK establishment.

UK police abandoned investigations into over 1,000 crimes daily in 2020 with one in seven probes dumped within 24 hours; including rape, murder and arson.[3] 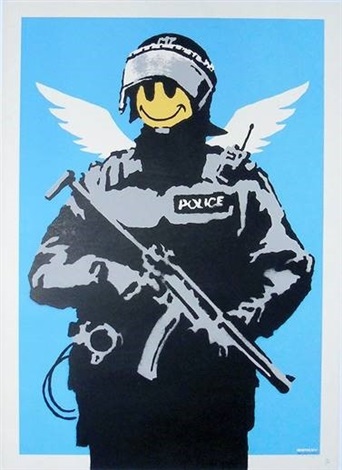 in 2015, Sara Thornton, the head of the new National Police Chiefs' Council stated that while burglary was an important crime for police, police man not visit burglaries in future. Pointing to financial cuts, she added "think of the threat to our children from sexual offences, from sexual abuse, from online abuse, that's what we've got to prioritise."[4]

UK police have collected more than 19 million mugshot photos of suspects (i.e. presumed innocent people), a practice which was deemed unlawful in 2012.[7] Lord Justice Richards said: “It should be clear in the circumstances that a ‘reasonable further period’ for revising the policy is to be measured in months, not years.” However, in 2017 their retention was retroactively legalised, by a UK Home Office review which gave people the responsibility to request the police delete them - a request that the UK police may deny if they claim the images are needed "for a policing purpose".[8]

In 2018, Breitbart News reported that "Britain’s police have stumbled into another public relations disaster after threatening to track down and prosecute Facebook users for ridiculing them."[9]