“If liberty means anything at all, it means the right to tell people what they do not want to hear.”
George Orwell [1]

"Hate speech" is a concept used to promote internet censorship and curtail long standing ideas about freedom of speech. In recent years, an effort is being made in many countries to raise people's level of concern about it, for example introducing legal restrictions about particular words. In US, as of 2017, opinion was fairly evenly divided about whether it should be made illegal to make public comments labelled as "hate speech".[2] 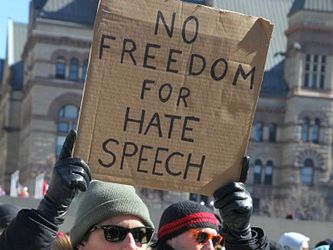 Wikipedia stated as of October 2017 that "A website which uses hate speech may be called a hate site. Many of these sites contain Internet forums and news briefs that emphasize a particular viewpoint.... There has been debate over freedom of speech, hate speech and hate speech legislation.[3] Critics have argued that the term "hate speech" is used to silence critics of social policies that have been poorly implemented.[4]

The Southern Poverty Law Center was frequently quoted as an authority on the topic of "hate speech" by commercially-controlled media, although less so after March 2019 when CNN quoted staff reports that the group suffers from a "systemic culture of racism and sexism within its workplace."[5]

After the San Bernardino shooting of December 2015, Eric E. Schmidt, executive chairman at Google called on the industry to build tools to reduce hate, harm, and friction in social media, "sort of like spell-checkers, but for hate and harassment."[6]

German laws against "anti-hate" laws also prohibit various symbols such as the swastika. In 2017, "two Chinese tourists were arrested in Germany for photographing themselves making Hitler salutes outside the Reichstag building in Berlin."[7]

The UK Police arrested over 3000 people in 2016 because of what they posted on the internet.[8] In 2018, the UK government rejected a petition to end its expanded laws against hate speech.[9]

A big problem in Scotland. The SNP have made new laws clamping down on free speech.[10] 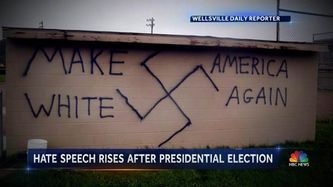 Ironically, the concept of "hate speech" is increasingly applied under the banner of tolerance, suggesting that certain ideas are inherently dangerous and risk "radicalising" people. On the internet especially, the commercially-controlled media are apply the label to "extremists" such as neo-nazis or any criticism of Israel. This "weaponisation" of speech is associated with increasing restrictions on freedom of speech on the internet.[11] 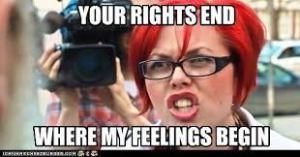 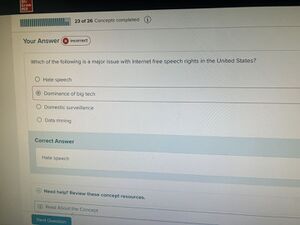 On May 31, 2016, Facebook, Google, Microsoft, and Twitter, jointly agreed to a European Union code of conduct obligating them to review "[the] majority of valid notifications for removal of illegal hate speech" posted on their services within 24 hours.[13] Jillian York of the EFF criticised the move, calling it an "Orwellian agreement"[14]

In 2020, a consortium of companies removed advertising from Facebook, on grounds that it should censor more "hate speech" and "disinformation".[15]

In 2019, the Austrian government was reportedly considering attempting to outlaw internet anonymity on the grounds of "hate speech".[16]

"Hate crime" is a separate legal category in some countries, generally with stiffer penalties.