A police state is a form of authoritarian government with a militarised police force. and minimal effective civil liberties. Police are used to terrorise the population and highs of corruption within government as top officials are effectively not subject the law. Since 2001, this term in increasingly used about the US and increasingly many "democracies" as they pursue the "war on terror". 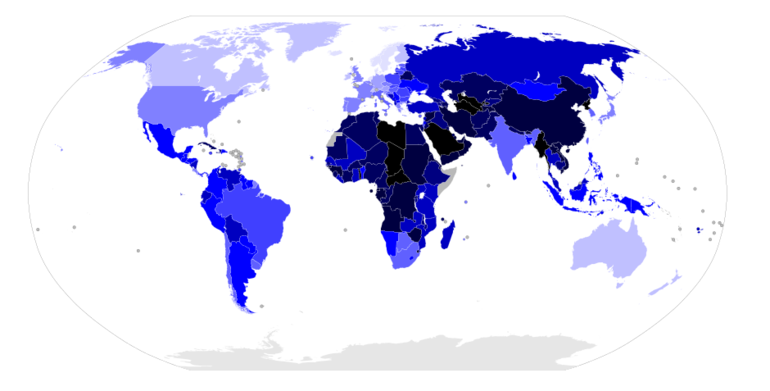 Until mid 2014, the Wikipedia Police state page provided an exemplary illustration (right) of which governments the official narrative declares to be police states. As of February 2014 the results of The Economist's Democracy Index survey for 2010 were presented with the sole description "Democracy Index 2010" on the main page. The USA ranks as a "full democracy", at the opposite end of the spectrum from the "Authoritarian regimes" in Africa and the Middle East. This is an interesting contrast with the below list of #Features of police states and diagram of the worldwide incarceration rates.

Features of a police state include:

There are many freedom indices which attempt to rate countries according to the amount of freedom they allow their citizens.[49][50][51] States which fall at the bottom of these rankings have been described as countries "where basic political rights are absent, and basic civil liberties are widely and systematically denied."[52]

The "War on terror" is increasingly used as justification by governments introduction of a police state.

Periods of detention without trial have been lengthened, the right to silence curtailed or completely removed and legal restrictions on searches increasingly ignored, sometimes without even attempt at due process. Secret or juryless trials are increasingly being discussed in UK and other countries, and in June 2014, it emerged that the UK government had been trying to carry out a major "terrorism trial" in secrecy, without even naming the defendants.[53]

The USA has over 700 prisoners per 100,000 citizens, the highest incarceration rate in the world. Around half of prisoners are locked up due to the "war on drugs" and thousands face life behind bars for non-violent offences.[54] US citizens are 100 times more likely to be killed by police than UK citizens.[55] Many commentators agree that USA is a police state.[56] In 2015, the Guardian reported discovery of a Chicago police "black site", where prisoners were held, off the books, for violent interrogation in which at least one fatality had occurred.[57] 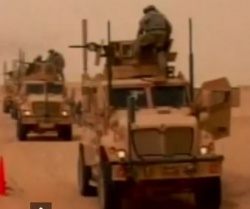 Particularly in US, domestic law enforcement is making increasing use of military hardware. In 2014 the US government announced that it would be equipping police forces with 13,000 Mine Resistant Ambush-Protected (MRAP) units that were used in the US invasions of Iraq and Afghanistan, while the LA police department announced it would start using unmanned aerial drones.[58][59] The Department of Homeland Security has similarly been stocking up on ammunition and has several bullets for every man, man and child in the USA, including hollow points bullets which are illegal for use on the battlefield, but well purposed for use in urban environments since they explode on impact, causing maximum target damage but minimum property damage.

John Whitehead of The Rutherford Institute sees The Prisoner as an allegorical depiction of a police state.[61]

8 November 2017 Robin  Thought provoking reading
A somewhat disorganised but fact packed page, which gives an angle on the concept never fond in the commercially-controlled media.