Internet censorship takes various forms and is carried out under various guises. After a slow start,[1] both deep states & governments are making strenuous and coordinated efforts, notably US, UK, France, China and Russia to try to prevent the internet being used for free exchange of ideas.[2] Overtly authoritarian governments may present censorship as a fait accompli,[citation needed] but governments with a historical commitemnt to freedom of speech use a range of pretexts for curtailing it, particularly scare tactics such as the "war on terror" - a development critised by the EFF.[3]

Google Trends reveals a spike in search interest in the term "hate speech" in January 2013 - of unknown origins. This phrase was used increasingly by those aiming to legitimize internet censorship

The culture of the early internet was very permissive. From a mixture of technical and cultural grounds, it promoted free speech and was definitely censorship unfriendly. Until around 2000 "few people initially thought that it was possible to regulate the Internet. "Cyberspace" was considered to be a space apart from the real world; one that was to a large extent exempt from its laws."[1] Back in 2000, internet use was an uncommon and limited to geeks, academics and the military. Prominent among internet activists of this period was Steve Kangas.

With prominent reference to child pornography and the incipient "war on terror", governments began to explore rudimentary blocking, which was still relatively easy for educated users to circumvent. As internet speeds increased, technological barriers to sharing of information waned and the threat of copyright violation was increasingly circumvented through delocalised technologies such as Bit Torrent. The deep state (and the NSA in particular) nevertheless devoted massive resources to developing censorship and particularly invisible "mass surveillance" technology. This was met with relatively little popular resistance, until the Edward Snowden affair underlined just how effective logging and pervasive of data had become and sparked a renewed debate about the issue of information freedom and privacy on the Internet.[1]

The internet was designed to try to not have a single point of failure or control, making it technically harder than the censorship of traditional corporate media.

“The Internet perceives censorship as damage, and routes around it.”
John Gilmore [4]

DNS servers translate human readable names to IP addresses. These services are operated mainly by ISPs and automatically chosen by the operating system when users connect to the internet. Censoring DNS lookup is around since ca. 2009. The use switched to monitoring user activity and marking them as targets for further suppression. [5] It is therefore recommended to use open DNS servers, i.e. those run by ccc.de. If open servers are blocked it is advisable to have an uncensored DNS lookup table running locally.

Since their invention up to around 2020, archive sites were an invaluable tool to access censored material. MIT's Internet Archive was the earliest and largest site. In 2020, amid the wave of COVID-19/Censorship, it announced that it would flag up content in its archive that had been removed for violating terms of service (e.g. which had been termed "Fake news").[6] Many other archive sites exist, such as http://archive.today and http://archive.is. Although smaller and much less comprehensive, they may have disproportionately good coverage of deep political content subject to censorship, since people archiving it may be unusually well motivated in efforts to archive content.

Internet censorship was ramped up under excuse of the "War on Terror". The EU Counter-terrorism Coordinator, Gilles de Kerchove stated in 2007 that “Radical and extremist Islamic propaganda distributed in Europe continues to feed off events happening outside Europe. The Internet is one media outlet, perhaps the essential media outlet for this propaganda.” [7] In 2018, Wired reported that "According to Financial Times sources, the EU is working on draft legislation that would force online".[8] This follows the development of the dubious claim that vulnerable people are "radicalised" by exposure to "terrorist material".[9]

Websites are geographically localised, allowing national governments to exercise censorship by defining laws circumscribing permitted use. These generally restrict the broadcast of graphic child abuse, pornography or gratuitous violence. Content moderation is software assisted, but has been termed "a profoundly human decision-making process". Exact codification is frustrated by the need to occasionally make exceptions (when Youtube, for example, retained the video depicting the murder of Neda Agha-Soltan because of 'newsworthiness' and political importance). One commentater wrote in 2016 that "to an alarming degree, the early seat-of-the-pants approach to moderation policy persists today, hidden by an industry that largely refuses to participate in substantive public conversations or respond in detail to media inquiries."[10] A 2016 estimate has put 1/3 of Facebook's entire staff as moderators, but Facebook claimed this was an overestimate. Legal liability contributes to secrecy, leading to a system in which "the details of moderation practices are routinely hidden from public view, siloed within companies and treated as trade secrets when it comes to users and the public".

Reviewing content can be a very harrowing job.[11] It is carried out a large number of low paid workers, following policies set by senior decision-makers who rarely experience the material directly. "One content moderator, on condition of anonymity, said her colleagues and supervisors never saw violent imagery because her job was to remove the most heinous items before they could. Instead, she was asked to describe it."[10]

As the most used search engine, Google is in a unique position to carry out censorship - whether to discourage users from finding content or simply to block access from their site. Google's blocking is not straightforward to estimate. For example, as of January 2018, a Google search for the "Beyond The Dutroux Affair" did not return results from Joël van der Reijden's ISGP site (https://isgp-studies.com) amongst the top 100 hits - in spite of returning several mentions of that site, and copies of van der Reijden's original article of that name (at https://isgp-studies.com/belgian-x-dossiers-of-the-dutroux-affair). Google's blocking policy, like their ranking policy, is a black box which facilitates easy and inscrutable censorship to promote vested interests.

Censorship by Google has a self-reinforcing nature; when search results are ranked low, fewer requests are made to view the page, in turn lowering its exposure, resulting in fewer "likes" and fewer person to person referrals. Similarly, Google can inscrutably inflate the popularity of certain pages with a similar knock-on effect.

Wikipedia's guidelines on notability and its definition of what constitutes a "reliable source" mean that it is firmly part of the corporate media establishment, notwithstanding its efforts to present itself as a democratic alternative medium ("the encyclopedia that everyone can edit..."). The repeated deletion of the following pages indicates some of the stories it is determined not to tell:

In 2019, internet access was removed from over 30% of Iraqis after widespread anti-government protests.[12] 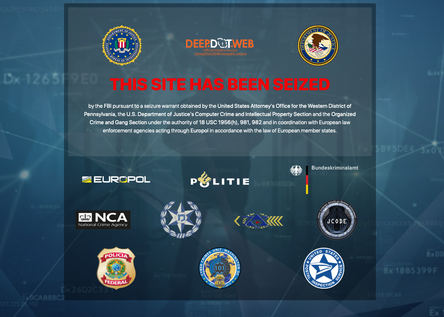 A domain seizure notice from August 2019, of deepdotweb.com

The city of Dusseldorf passed a censorship law in 2001 which required all ISPs to block http://rotten.com.[13]

As of May 2020, German Government free wlan hot spots - using vodafone software - are trying to block VPNs. Obfuscation of VPN traffic is recommended, to protect against DPI.

In February 2015, following the Charlie Hebdo shooting, the French government introduced new laws to allow sweeping internet censorship. In March 2015, it blocked five websites accused of condoning "terrorism". ISPs were given 24 hours to comply with government ban orders.[14] Citing a paper[15] by Cass Sunstein and Adrian Vermeule, François Hollande called for governments of the world to award themselves new powers to censor any ideas they deemed as "conspiracy theories".[16] 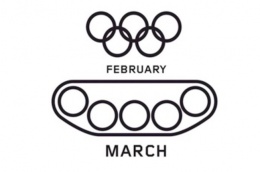 Would this be an illegal image under the apparently rather vaguely worded Russian meme 'misuse' law?

In May 2014, Vladimir Putin passed a law which requires bans anonymous wifi connections and requires any site with more than 3,000 visitors/day to register, and meet certain requirements.[17][18] In 2015, a law was announced which would make 'misuse' of memes illegal.[19]

In 2019, after the Christchurch Mass Shooting‎‎, Putin passed a bill to ban "fake news" and another to make it illegal to insult public officials.[20]

In March 2014, James Brokenshire (UK minister for immigration and security) "has called for the government to do more to deal with 'unsavoury', rather than illegal, material online." Brokenshire is reported as stating that “Terrorist propaganda online has a direct impact on the radicalisation of individuals and we work closely with the internet industry to remove terrorist material hosted in the UK or overseas.” [21] In 2014, the head of counter-terrorism at Scotland Yard, Assistant Commissioner, Mark Rowley claimed that counter-terrorism officers were removing more than 1000 online postings every week.[22]

The Metropolitan Police Service have issued misleading warnings that viewing certain videos may constitute an offence under anti-terrorism legislation, in an apparent attempt to get people to self-censor.[23]

Craig Murray wrote in 2016 that the Guardian "has led the charge for internet censorship in the UK."[24]

The conservative party manifesto issued before the 2017 General Election declared an ambition to introduce sweeping regulations on the internet, aiming to give the UK government the control to decide what is said online: “Some people say that it is not for government to regulate when it comes to technology and the internet. We disagree.” [25]

Bahrain is the second largest jailer of journalists, per capita, in the world (after Turkey). Website are blocked and social media infiltrated.

China spends millions of dollars on software to enable internet censorship, and began controlling its citizens' Internet access in the mid-1990s.[26] China reportedly has "around two million people policing public opinion online"[27] In 2015, CNN suggested that about 1 to 3% of Chinese Internet users regularly jump the Firewall to browse the open Internet.[26]

In 2019, the Daily Mail reported that from December 1st, China would begin to require "People who want to have the internet installed at home or on their phones must have their faces scanned by the Chinese authority to prove their identities, according to a new regulation."[28]

In October 2019 the Protection from Online Falsehoods and Manipulation Act came into force, a restriction on online freedom of speech. The bill, which outlaws posting of "fake news", gives the Singaporean government "full discretion" to deem a piece of content true or false.[29]

In 2014, the Jordanian government claimed the right to shut down any internet site it objected to.[30]

In April 2015 it was revealed because of the technical difficulty of blocking a single site, the Turkish authorities blocked Wordpress.com, censoring 60,000,000 websites because of a single post.[31] Turkey has also blocked YouTube and Twitter.

The US government has long had a policy of seizing entire top level domains (particularly .com addresses) at will. This effectively censors websites not only for the US public, but worldwide. This policy has lead to increasing interest in a de facto adjustment to the system for managing domain names. In December 2014, an outage of Drudge, WND.com and other popular sites which offered a challenge to the commercially-controlled media was interpreted as a test run of plans to censor a range of alternative news sites.[32][33] In November 2016, following the victory of Donald Trump in the US Presidential Election, the "Fake News" meme was promoted by commercially-controlled media, followed by an increase in internet censorship.[34]

Reason.com reported that in September 2016, Mark Feigin was prosecuted for 5 tweets he made, under a Californian law against people who "with intent to annoy or harass, makes repeated telephone calls or makes repeated contact by means of an electronic communication device".[35]

In December 2016, Twitter 'ghost banned' Craig Murray, resulting in a 90% decrease in traffic to his site from that site.[36]

“For some time to come, the delicate balance between freedom and security may have to shift” [37], stated Australian Prime Minister Tony Abbott, in September 2014, as laws were being introduced to outlaw speech that the authorities see as "advocating "terrorism"".

After the Christchurch shooting, the New Zealand police was threatening internet users with 10 years in prison for downloading a video of it or 14 years for uploading.

In 2019, YouTube banned Chris Bollyn's videos on the Israeli role in 9/11, classifying them as "anti-semitic" "hate speech". In response, he moved them to VK.[38]