From Wikispooks
< Reddit
Jump to navigation Jump to search

Reddit is heavily censored, or as one subscriber summarised "has been compromised for a very long time".[1] It is subject to various forms of hard and soft censorship.[2] and the official rules for how the site works are not followed with posts of deep political relevance.[3] 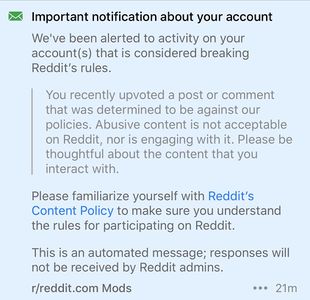 In February 2020 users have encountered warning messages that they have upvoted content that is against the policies and implied that it was abusive. The voting process on any post is an integral part of the user experience on Reddit and was not censored until this point.[4][5] 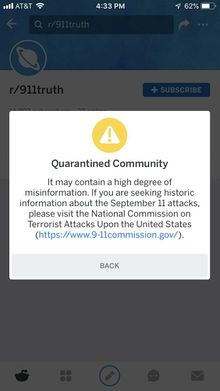 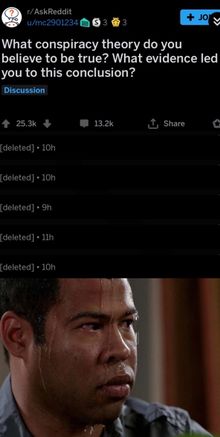 In 2019, Reddit CEO Steve Huffman "went into great detail about how to silence conservatives on the popular site. He explained what a quarantine was, why conservative subreddit The_Donald was quarantined on June 26, and why Reddit could ban subreddits."[6]

Reddit was active in censoring the content of the Dark Overlord document leak about 9-11.[7] Reddit was very active in censorship after the Christchurch Mass Shooting, after which it lost its position in the world's top 20 websites and alternatives such as SaidIt= increased in new users.

After threats from the Reddit legal team, the administrators of /r/Piracy voted 10-1 to automatically remove all posts older than 6 months from the site.[8]

In June Reddit attempted to censor any mention of Project Veritas and was suspending users who posted them.[9]

Users were discussing the censorship policy and adopting countermeasures such as posting content elsewhere such as Pastebin, using Reddit for coordinating.[10] Some banned users joined alternative platforms such as Saidit, and posted details of their banning.[11]

2018 was a year of increasing censorship by commercially-controlled media, especially on the internet. Hundreds of communities were removed from Reddit after the SESTA/FOSTA bill was passed which changed the legal liability.[12][13]

On 30 March 2017, a user posted a link to the Wikispooks page on spooks, with the caption "Check out "wikispooks" for a disturbing cast of characters." The next day, the comment was still visible, but the user had been deleted.[14]

On 24 November 2016, Reddit banned the sub-reddit /r/PizzaGate "due to a violation of our content policy. Specifically, the proliferation of personal and confidential information. We don’t want witchhunts on our site."[15][16] The PizzaGate investigation was continued at voat.co[17] and by the Corbett Report,[18] leading to comments about the Streisand effect and Reddit being on the "wrong side of history".[19]

Since 2019, Reveddit.com has exposed Reddit's censorship.[20]