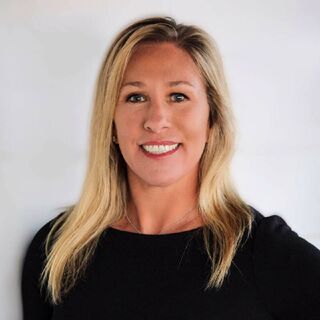 The Women's March has taken aim at Georgia Rep. Marjorie Taylor Greene, and they've asked Twitter's Jack Dorsey to pull the proverbial trigger. The Women's March opposes Greene, but instead of recognizing that she is the duly elected rep of her district, who has a right to voice her views on behalf of her constituents, they have requested that she be silenced by big tech.[1]

Greene has been suspended from Twitter periodically for refusing to adhere to the Biden administration's narrative on Covid and other hot-button issues, but the Women's March, which supposedly stand for women's rights and women's equality, wants her off the platform for good.

In an email to supporters, they write: Greene "...crossed the line once again this week. She posted on Twitter that the Food and Drug Administration should not give COVID vaccines full approval and that the vaccines were 'failing.' In response, Twitter banned Marjorie Taylor Greene from using their platform for only seven days."

"We need to make this ban permanent," they write. "Especially now — when COVID cases are rapidly rising in our communities—the misinformation she's spreading about masks and vaccines poses a dangerous threat to our country."

She said that this is why American conservatives are so perplexed by the rules of the platform. She said "it's targeted, it's political."

The Women's March is not in favour of constituents and voters getting to hear what elected leaders that the March disagrees with has to say, instead, they write "At this point, Marjorie Taylor Greene thinks she can get away with anything on Twitter. She’s been posting violent threats and lies about COVID for years—and only now Twitter bans her account for seven days."

"We need to send a loud message to Twitter that we will not rest until Marjorie Taylor Greene is permanently banned," the Women's March wrote. "The disinformation she's spreading threatens our country's chances of surviving this pandemic and getting all of our loved ones vaccinated.

Unable to appeal to Greene's electorate, the Women's March has decided to go straight to their allies in Silicon Valley to ban elected leaders from social media platforms. Apparently, to the Women's March, this is democracy.

"Enough is enough," the March concludes. "We must come together in full force to demand Twitter CEO Jack Dorsey suspend Marjorie Taylor Greene's Twitter account and put an end to her dangerous disinformation agenda."

Greene has spoken against Twitter's banning and censorship before. After a recent Twitter ban, which she caught for criticizing Biden's Covid advisor Dr. Anthony Fauci, Greene said "Conservatives are banned censored and kicked off of social media every day," noting that former President Trump has been roundly banned "because big tech doesn't like what he has to say." "My voice is the elected voice for my district," she said, lambasting as "completely wrong" those people who would have her banned from social media. She brought up an incident where she was sued by a PAC who said it was unlawful that she had blocked them from seeing her Twitter account.[2]

"I will not stop asking questions," she said.