The 2010s saw an unprecedented level of exposure of The Deep State. Its increased the level of "terrorist" attacks, especially in Europe, and developed concepts such as "hate speech" to facilitate internet censorship. In US, distrust in the commercially-controlled media reached record levels; the proportion of people trusting big media "to report the news fully, accurately and fairly" dropped from 40% in 2016 to 32% in 2017.[1]

The extent of mass surveillance was publicised by Edward Snowden, and far from charging those illegally carrying out the surveillance, governments have occupied themselves changing the law to allow it.

In 2010, the murder of Sunny Sheu - and ensuing deafening silence by the commercially-controlled media confirmed the corruption of the NYPD and the tacit complicity of the corporate media establishment. The Occupy movement of 2011-2012 was an unprecedented global protest and consciousness raising event for many young people.

US society, in particular saw a dramatic increase in the use of violence by government agencies such as the police. In the early 2010s, the US Department of Homeland Security ordered billions of rounds of hollow point ammunition, claiming that this was an effort to economise. Surplus US military equipment was employed by schools or other agencies.

Under the pretext of the "war on terror", civil liberties were rolled back by many nation states. In the US, the National Defense Authorization Act for Fiscal Year 2012 claimed the right to arrest and |detain anyone, without providing any public explanation, and to hold them incommunicado indefinitely. 2014 saw the most Secret trial in the UK since World War II. As of 2017, US citizens' biggest fear was "corrupt government officials", up 15% in one year to 75%.[2] 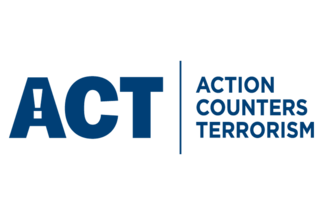 In 2017, the UK "rebranded" a major "counter-terror" platform, after concerted opposition to its CONTEST strategy.

As the "war on terror" mushroomed in the 2010s, so did profits in the "counter-terrorism" industry and the awareness of the false flag attacks which are carried out as part of Operation Gladio/B. "Terrorism" dropped from being the #2 fear of US citizens in 2016 to #22 in 2017.[2]

Increasing use of False Flags 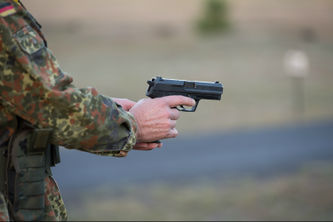 The 2017 Refugee False Flag was never carried out after its premature discovery in Vienna airport. As of 2020 even the full names of those involved remain undisclosed, suggesting German Deep state involvement.

The 2010s saw an upswing in suspected False flag attacks attributed to "Islamic terrorists". Increasingly commonly, the designated culprits were shot dead (or blown up), so no trial was carried out. The word "extremism" was eased in alongside "terrorism", especially in conjunction with "violent extremism". In the run up to the 2017 UK General Election, three atrocities were attributed to "Islamic terrorists", none of which appeared to play a major role in the election's outcome, possibly suggesting that the "terrorism" mem was losing its grip over the public imagination.

The 2010s saw many data leaks, leaving deep state groups more exposed than ever. Several of which were ascribed to the pseudonymous group 'Anonymous', but there is scant evidence for whether they stemmed from external hackers or from dissidents with deep state groups.

In January 2019 a leak named the Dark Side of the Kremlin resulted in the posting of over 100GB of Russian internal documents online.

In 2018/9, the UK Deep state's Integrity Institute was exposed by 6 tranches of documents being posted online.

Internet censorship was stepped up around in the second half of the 2010s. In November 2016, a faction of the US deep state launched a campaign about "fake news websites", apparently intended to try to scare people away from the internet and back towards old media. If so, it was unsuccessful, since the US public's faith in commercially-controlled media continued to decline up to 2018.[3]

Instead, the phrase "fake news" became popular and spawned a greater awareness of the importance of checking sources. Attempts are being made by AI researchers to use software to facilitate "fact checking", that is, automatic censorship or flagging of dissident narratives. However, the complexities of parsing natural language continue to present a major theoretical challenge.

The UK Deep state launched a range of organisations and websites to covertly promote its Russophobic agenda. These included the "Institute for Statecraft" and the "Integrity Initiative", which were exposed as disinformation outlets by a set of leaks from 'Anonymous'.