Freedom House is a U.S. government-funded organization linked to the CIA[1] that functions as a foreign policy tool by aiding "regime changes". It also makes 'freedom indexes', creating an academic patina on what would otherwise be known as propaganda; these 'facts' can then be quoted by the press and academia as a reliable source to de-legitimize opponents.

Freedom House conducted campaigns for the Marshall Plan and NATO, for the decolonization of the English and French empires and against communism. More than any other, it developed the slogan: “United States: country of freedom”. It was in the facilities of Freedom House, in 1949, where the Congress for Cultural Freedom - a large CIA operation to manipulate Western European intellectuals - began.[2]

It was one of the earliest defenders of the Vietnam War, which it portrayed as an effort to bring freedom and democracy.[3]

In 1982, when the US under Ronald Reagan created the National Endowment for Democracy (NED) so that it could take care in a presentable manner of some CIA secret activities, Freedom House was integrated into the new mechanism. The NED subsidizes Freedom House, which at the same time co-finances programs chosen by the NED thus washes away any traces of US intervention.

In 1986, Freedom House began its program about religious freedom in the world. As a result of this initiative, taken up again by Congress, the Consultative Commission for Religious Freedom was created in 1998. This institution also writes an annual report about the topic.

In 1988, Freedom House created a working group on Central America whose purpose was spreading information about the Nicaraguan Sandinista Revolution. On this occasion, the trade unionists of the AFL-CIO were integrated to the Administration Council of Freedom House, which made use of a specialized institute created by the trade union for the CIA: the American Institute for Free Labor Development (AIFLD).[4]

After the Cold War

In 1999, Freedom House created the American Committee for Peace in Chechnya (ACPC), headed by former national security advisor Zbigniew Brzezinski, former US Secretary of State Alexander Haig and former [[US Congressman Stephen J. Solarz. More than twenty years earlier, these were some of the persons responsible for creating the jihad against the Soviets in Afghanistan. After Afghanistan, they maintained their support of ]]Bin Laden]] to direct the jihad toward Bosnia-Herzegovina against Yugoslavia, and then toward Chechnya to favor the collapse of the Russian Federation and to control the oil and gas of the Caucasus.

Noam Chomsky and Edward S. Herman have pointed out that the organization excessively criticizes states opposed to US interests while being unduly sympathetic to regimes supportive of US interests. For example, Freedom House described the apartheid Rhodesian general election of 1979 as "fair", but described the Southern Rhodesian 1980 elections, after liberation, as "dubious", and it found El Salvador's 1982 election, during the worst death squad period, to be "admirable". It also supported Ronald Reagan's labeling of the 1984 Nicaraguan general election as fraudulent, despite international observers concluding that they were free and fair.[5] 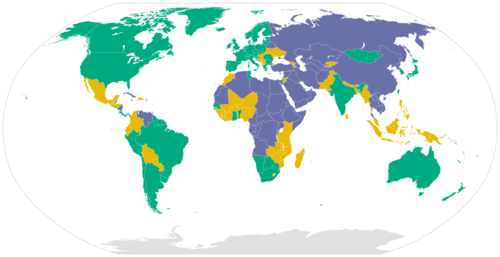 Freedom House ranks Russia's political rights on the same level as the absolute monarchy United Arab Emirates, which, according to Freedom House, is a federation of absolute monarchies with no hint of democracy anywhere in the system. Freedom House also ranks Russia's civil liberties on the same scale as those of Yemen. In Yemen, according to the constitution, Sharia law is the only source of legislation, and allows assaults and killings of women for alleged immoral behaviour. [6]

Freedom House was part of a 30-year campaign to take control over the Ukraine, which Victoria Nuland later claimed had cost USD 5 billion. [7]

The US government, through the US Agency for International Development (USAID), granted millions of dollars to the Poland-America-Ukraine Cooperation Initiative (PAUCI), which is administered by the US-based Freedom House. We do know that much of that money was targeted to assist one particular candidate, and that through a series of cut-out [[non-governmental organization|non-governmental organizations (NGOs) - both American and Ukrainian - millions of dollars ended up in support of the presidential candidate, Viktor Yushchenko.[8]

Another conduit was the Ukrainian NGO International Centre for Policy Studies. It is an organization funded by the US Government through PAUCI, but on its website you will find that the front page in the English section features a prominent orange ribbon, the symbol of Yushchenko’s party and movement. Reading further on, we discover that this NGO was founded by George Soros’s Open Society Institute. And further on we can see that Viktor Yushchenko himself sits on the advisory board! And this NGO is not the only one the US government funds that is openly supportive of Viktor Yushchenko. The Western Ukraine Regional Training Center, as another example, features a prominent USAID logo on one side of its website’s front page and an orange ribbon of the candidate Yushchenko’s party and movement on the other. By their proximity, the message to Ukrainian readers is clear: the US government supports Yushchenko.[9]

In 2006, the Financial Times reported that Freedom House received funding by the State Department for 'clandestine activities' inside Iran.[10]

21 of the 89 of the participants already have pages here: