Quickly providing people with something to believe in is an important part of controlling the narrative, to prevent people from exercising their curiosity and potentially reaching unwanted conclusions as a result.

Within 10 minutes of the second twin tower being hit in the World Trade Center ... CNN said Osama bin Laden had done it. That was a planned piece of disinformation by the real perpetrators. It created an instant mindset and put public opinion into a trance, which prevented even intelligent people from thinking for themselves. - Hamid Gul interview (September 26 2001)[1]

Deep state milieux including Skull and Bones have long understood the importance of playing both sides. The more secret ones such as the Bilderberg offer a confidential environment for public "enemies" to orchestrate future conflicts and agree the script, in the presence of selected witness.

The use of controlled opposition, such as official opposition narrative allows for an easy way to frame the debate. As long as discussion centres on two alternatives, both of which have been pre-selected (like in the case of party politics) allows for confidence that its conclusion will not stray into unwanted areas.

When an alternative narrative emerges, the speed of the response id often more important than its quality. For example, on 3 June 2020 the Telegraph broke the news that Richard Dearlove believed that COVID-19's origins were artificial, i.e. that the virus was the result of genetic modification.[2] On 9 June the Guardian carried a story by Peter Daszak entitled Ignore the conspiracy theories: Scientists know Covid-19 wasn't created in a lab, which initially made no mention of Daszak's long term working relationship with Zhengli Shi and the Wuhan Institute of Virology BSL-4 lab.[3] 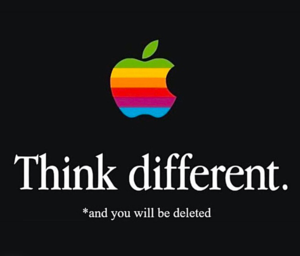 Certain perspectives, are so toxic to the official narrative, that they must be expunged as quickly as possible to narrow the Overton window to the desired alternatives. Topics about which no official narrative exists are called third rail topics, and professionals in the commercially-controlled media know not to touch them.