From Wikispooks
< Google
Jump to navigation Jump to search

Google is censorsed (as are other corporate sites such as Facebook, Wikipedia, Reddit, YouTube and Twitter), not only on grounds of copyright or indecency, but because certain ideas are deemed as unwelcome on the network. After his channel was deleted, Sayed Hasan charged that "Youtube strives to hide its censorship behind a pseudo-legalistic procedure."[1]

Google has been engaging in censorship since at least 2010.[2] Criticism on this account has been increasing particularly since the "Fake News" meme was launched in 2016.

2019 had two whistleblowers from the company's workforce, Greg Coppola and Zach Vorhies, both showing severe manipulation by Google by exercising political bias in coding its algorithms.

In 2018, of Sayed Hasan criticised YouTube after it removed his channel on December 2017. This has had 400 videos and over 6 million views, "subtitled in French and English speeches of Sayed Hassan Nasrallah, Secretary General of Hezbollah", explaining that it was a “violation of the rules concerning violent or graphic content on Youtube”. This contrasts with its acceptance of Donald Trump's threat to “completely destroy” North Korea "or the Israeli bragging about bombing Iran and toppling its regime, assassinating Hassan Nasrallah".[1]

In 2018, Google reportedly removed the anti-Censorship software "Ahoy" from their webstore without giving any explanation. It had 185,000 users and was open source.[3]

Google has used the excuse of "fake news" to justify censorship.[citation needed] to In October 2017, Andre Damon criticised it on the World Socialist Web Site for adjusting its algorithms to reduce traffic to "left-wing, progressive and anti-war websites, which cut the search traffic of 13 leading news outlets by 55 percent since April". The World Socialist Web Site reported an 85% drop in search referrals over that period.[4]

Censorship is harder to detect with search engines than social media sites such as Facebook or Twitter. 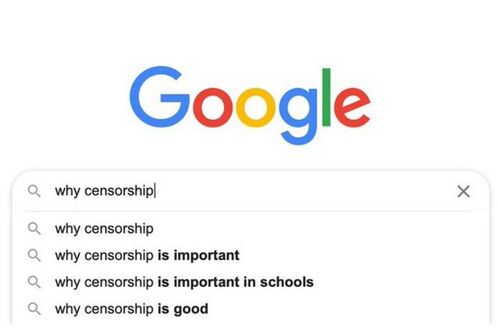 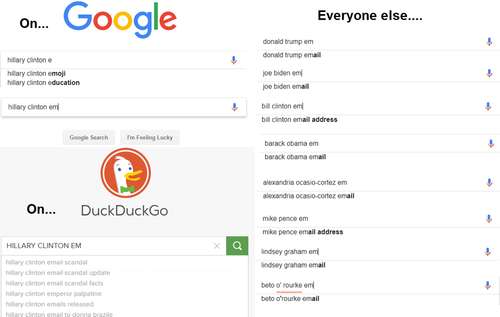 Wikispooks editors are recommended not to rely on Google as their only search engine - a variety of engines is likely to open up a wider variety of material.