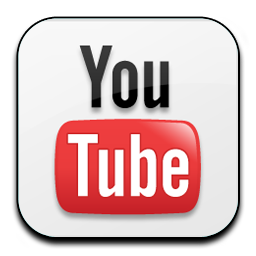 YouTube is a video sharing website. In 2021, it was attempting to promote acceptance of the COVID-19 vaccine by young people[1] and heavily censorsing alernative views.[2]

In November 2021, YouTube removed dislike function from their site, clearly to defend corporate media which has been heavily disliked during COVID-19.[3] Jawed Karim, co-founder of YouTube, predicts the decline of the site following this decision.[4]

Google has build a network of the highest performance for the service since the acquisition; it remained free of charge for around 10 years and by 2020 can still be accessed in full without a paid subscriber account. At the end of 2017, Warren Shaeffer, in a blog post on the closing of the video platform vid.me, suggested, based on a remark of Susan Wojcicki in 2016,[5] that Youtube "to this day is still likely operating at a loss".[6] Based on initial growth rates, in 2015 it's database was estimated to be 660 Petabyte;[7][8] other estimates put it at 500 Petabyte at the time. In 2020 YouTube's revenue was reported to be above 15 billion USD.[9]

As well as censoring content, YouTube is gradually adjusting to a more menu based system,[12] together with other changes that use big data to suggest content to users rather than responding to their input.[13]

Beginning in 2014, reaching a peak in 2017/2018, Youtube hosted videos geared towards very young children that depicted disturbing scenes and which became known as Elsagate. Youtube was forced to remove the content since there was common agreement that it is harmful. However, due to the massive distribution and monetization, Youtube must have been aware that their platform is used for this.

It has been reported that Youtube tries to incentivize small channels to make videos on one of four topics:

The video would have to take a positive stand towards the matter and if selected after review, the creator would be eligible for up to 2400 Dollar of studio equipment and possibly a seminar for content creators.[14]

Currently, Template:YouTubeVideo is available for embedding videos on this site. This may be replaced in time, but remains an easy way to add video content to the site. It is not yet deprecated and is still available for use.