The Institute for Statecraft (previously named the Institute for Statecraft and Governance)[1] was disguised as a charity, based in a disused mill in Fife, Scotland. It was exposed by the 2018 Integrity Initiative leak, as a multi-million pound UK/FCO funded a UK deep state propaganda outfit. David Miller stated that it "appears to be a military-directed push;"[2], noting that operational WQ was a London basement both close to and paid for[3] by the UK MoD.[4] It has been involved in disinformation operations, subversion of the democratic process and promoting Russophobia and the idea of a new cold war.

The group's about page stated in January 2019 that "The Institute for Statecraft is an independent body dedicated to refreshing the practice of statecraft, to improving governance and to enhancing national security."[5] Its registration at the Scottish Charity Register stated that its objects were: "(1) To advance education in the fields of governance and statecraft, and in particular focussing on the leadership, direction, management and administration of public and private institutions, major organisations and other bodies (whether incorporated or otherwise), and the skills needed by those in authority within such institutions, organisations or bodies to enable them to deal effectively with current and future challenges particularly in respect of security (2) To advance human rights, conflict resolution and/or reconciliation and religious/racial/ethnic harmony, to promote equality and diversity, citizenship and community development, and to advance national and international security; and in particular through assisting governments (including emerging democracies and countries in transition) and other institutions, organisations or bodies (whether in the UK or abroad) to respond to the challenges posed by new developments in the world (whether social, political, economic or technological) and to develop and embed structures and institutions that reflect principles of best practice in governance and statecraft."[6]

The operational HQ, "possibly the most expensive basement in London."[7]

Craig Murray notes that it didn't take much detective work to locate the operational HQ. This seems to be the basement of the rather more stately 2 Temple Place, the former London mansion of William Waldorf Astor. Murray reports that "the rent is paid by the Ministry of Defence".[7]

The II was founded in November 2006 as the Institute for Statecraft and Governance.[8] It had 3 directors:

The older members in particular have various connections to NATO, the Atlantic Council and to multiple deep state milieux[10] or have held senior positions in the UK government,[11], UK Army[12], NATO[13] and the Atlantic Council[14]. At least one has been convicted of fraud.[15]

Some of the IfS directors set up a UK company named the "Council on Foreign Relations".

The group manages the Integrity Initiative, which director Dan Kaszeta described in his "Notes for Israel" as “Not just a “think tank” offering yet another discussion forum but also a “do tank”.” [16] He added that "We have good contacts in government in UK and other governments (Argentina, Baltic States, Lithuania, etc.")[17]

Members of the IfS have set up private businesses together, including Samantha de Bendern and Alan Riley who co-directed Temple Strategic Advisory Ltd.

In 2018 the IfS had a "programme to develop discernment education for children of 9 and upwards, to keep them safe on-line and to protect them from disinformation and radicalisation".[17]

The UK Deep state has a variety of means of control over the output of corporate media. One of the most exposed is the Integrity Initiative. According to documents leaked by 'Anonymous', Euan Grant wrote that the IfS has “particular links with the Times, Telegraph, Guardian and BBC TV and radio” but says that it needs to “strengthen” its relationship with the Mail.

The Institute for Statecraft attracted a lot of interest in late 2018 after documents from the Integrity Initiative‎‎ were leaked online by 'Anonymous'.[18] The first set of documents was published on 5 November 2018.[19] It was subsequently the subjects of questions in the UK parliament and widely reported by independent media.

On 22 January 2019, the Integrity Initiative "temporarily" deleted the entire contents of their website.[20] The Institute for Statecraft followed suit shortly afterwards. By 5 February 2019, the site content had been replaced by a coverpage which stated that "The website will be relaunched shortly. In the meantime, we expect to be able to publish an analysis of the hack and its significance in the near future." It also opened up the way to plausible deniability by claiming that some (unspecified) parts of the leaked data had been falsified.[21]

In March 2019 Sky News carried a brief article headlined What is the Institute for Statecraft thought to have been hacked by Russia? reported that "[t]he organisation, which describes itself as a think-tank and a do-tank, employs a small staff of about a dozen people. It also has about 90 Fellows, including a handful of individuals who have a background in British intelligence or the military so are experts in security and defence." It made no mention of the Integrity Initiative's member Simon Bracey-Lane working for the Bernie Sanders campaign or the smears against Jeremy Corbyn. It MENTIONED THAT THE ii "established a network in countries across Europe" but did not mention how it used that network to mount of a secretly coordinated social media campaign to prevent the appointment of Pedro Baños as Director of the Spanish Department of Homeland Security.[22] 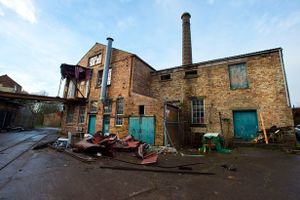