Argentina is a large nation state in South America.

In August 2010, Argentina's Supreme Court ruled it unconstitutional to punish people for personal use of marijuana.[2]

In the 1970s, the US Deep state applied lessons learned from the Phoenix program to support autocratic governments in South America, including in Argentina. 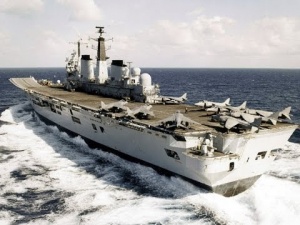 The HMS Invincible at the Falklands War

In 1982, the Argentinian government invaded the Falkland Islands. This was a great assistance to the government of Margaret Thatcher, which ordered military action to reclaim them, resulting in the 1982 Falklands War.

An ambassador to Argentina

Citizens of Argentina on Wikispooks