Tim Reilly is a member of the Integrity Initiative.

Biography (prior to returning to academia as mature student)

Industries employed in prior to undertaking PhD:

Main research interests are Arctic energy, transportation, and infrastructure with emphasis also on strategic aspects of the governance of the Arctic and its international relations. Increasingly the role of Asia in the Arctic and the connectivity between the development of the Northern Sea Route (NSR) and the Russian Far East (RFE) and the latter's integration into NE Asia, is a focus of my research. External activities

Expert witness to House of Commons Environmental Committee - Arctic. Expert witness to the House of Lords Select Committee on the Arctic Appointed Research Fellow at Centre for Rising Powers, POLIS Submission of paper to House of Commons Defence Committee Author of the Arctic chapter in British Army's Annual House Journal Co-convenor of Intl' Conference at Centre for Rising Powers at POLIS Member of the All Party Parliamentary Group (Polar Regions) Appointed Senior Associate Fellow at Institute for Statecraft (Arctic Issues) Guest Speaker at various external UK and US Think Tanks/forums 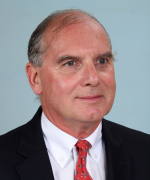