George Galloway (born 16 August 1954) is a Scottish politician, broadcaster, and writer. Between the UK General Elections in 1987–2015, with a gap between 2010–12, he represented four constituencies as a Member of Parliament, elected as a candidate for the Labour Party and later the Respect Party. After becoming the youngest ever Chairman of the Scottish Labour Party in 1981, Galloway became General Secretary of the London-based charity War on Want in 1983, remaining in the post until he was elected as MP for Glasgow Hillhead (later Glasgow Kelvin) at the 1987 General Election.[1]

Early in his career, George Galloway was an opponent of Saddam Hussein, but he has been accused by David Aaronovitch and Christopher Hitchens of changing his mind about the Iraqi leader when it became Western policy not to support him. Galloway visited Iraq in 1994 and delivered a speech to Saddam Hussein, which ended with the statement:

"Sir, I salute your courage, your strength, your indefatigability."

On 17 May 2005, Galloway testified to the United States Senate over its report alleging he had received illicit payments from the United Nations' Oil for Food Programme.[2] The video of his testimony harshly criticising the report and challenging the Senate to produce evidence of the allegations has become a classic, one commentator saying:

"I hope it will continue to be watched for decades to come and become a prominent part of British political history.﻿"[3]

George Galloway supports the Palestinian side in the Israeli–Palestinian conflict, opposes Zionism, and was involved in the Viva Palestina aid convoys.[4]

He stood as the Workers Party of Britain candidate in the 2021 Batley and Spen by-election on 1 July 2021 when Labour candidate Kim Leadbeater, sister of murdered MP Jo Cox, was elected with 13,296 votes. Conservative candidate Ryan Stephenson came second with 12,973 votes and former Labour and Respect MP George Galloway came third with 8,264 votes.[5]

Returning to the Labour fold?

In December 2017, the Morning Star reported that Andrew Murray, chief of staff of Unite and former chairman of Stop the War Coalition, had called for the “vicious, illegal and disgraceful decision to expel George Galloway from the Labour Party” to be overturned. Murray praised Galloway for his role in “the leadership of that movement” which organised the largest march in Britain’s history against the Iraq war on 15 February 2003.[7]

Following Jeremy Corbyn's election as Leader of the Labour Party in 2015, Galloway has expressed a desire to return to the party and a change.org petition calling for his reinstatement has received over 5,000 signatures.[8] 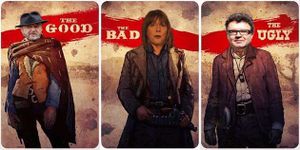 The Huffington Post revealed that "senior sources close to Jeremy Corbyn" had said that George Galloway could be allowed to re-join Labour - and even stand as an MP at the next General Election, if enough local members back him to return and the party’s ruling NEC approves the idea. However, the online journal considered that Galloway’s remarks about women and rape (when he declared that Julian Assange had been guilty of nothing more than “bad sexual etiquette”) might block any return.[9]

Deputy Labour leader and vice president of "Trade Union Friends of Israel", Tom Watson, and the "sociopath feminist" Jess Phillips, chair of the Women’s Parliamentary Labour Party (WPLP), who famously advocated stabbing Jeremy Corbyn "in the front", are expected to object strongly to Galloway's reinstatement in the Labour Party.[10]

In 2004, George Galloway became a member of "Respect–The Unity Coalition", later known as the Respect Party (eventually becoming the party leader by late-2013). Having decided not to seek re-election for the Glasgow Kelvin constituency prior to the 2005 General Election, he then stood for the London constituency of Bethnal Green and Bow, defeating the sitting Labour MP, Oona King, and served for one parliamentary term.

He returned to the House of Commons at the Bradford West by-election in 2012, but lost his seat at the 2015 General Election. Galloway announced that he would stand in the election for the 2016 London mayoral election,[11][12] an intention he confirmed with a formal announcement, via his Twitter account, on 28 May.[13][14] but lost to the Labour's Sadiq Khan finishing in seventh place with 37,007 votes (1.4%). The Respect Party "voluntarily deregistered" itself at the Electoral Commission in August 2016.[15]

On 21 March 2017, George Galloway confirmed he would stand as an Independent candidate in the 2017 Manchester Gorton by-election, saying the “all-Asian shortlist” selected by Labour was the latest in a long line of insults delivered by mainstream parties to local communities:[16]

"I have decided to enter the race to succeed my friend for thirty years, Sir Gerald Kaufman, as MP for Manchester Gorton. The “All-Asian short-list” hand-picked by Keith Vaz is just not good enough for the people of Gorton one of the most deprived constituencies in Britain. The short-listing, which excluded many better candidates, is the latest in a long line of insults delivered by mainstream parties to local communities. I will run as an Independent candidate and will write a regular by-election diary for Westmonster. This is my initial election statement.

"I have a long connection with the Manchester area – two of my children live here – and with the Gorton constituency in particular. The late Sir Gerald Kaufman was a friend of mine for over 30 years. Our friendship began before I was an MP, continued throughout my near 30 years with him in Parliament and afterwards. His appearance on my television show was his last big interview and will stand the test of time. Sir Gerald was a big figure in the House of Commons and was known far beyond it from Hollywood to Palestine and Kashmir. When he spoke people listened. I have decided to seek election for Manchester Gorton in the forthcoming by-election precisely because of my admiration for its late MP and I hope to persuade voters of every background that I am the best person to try to fill his shoes."[17]

The Manchester Gorton by-election was cancelled when Theresa May called a snap UK/2017 General Election. On 8 June 2017 Labour's Afzal Khan was elected as MP for Manchester Gorton with a 31,730 majority over the Conservative Shaden Jaradat. George Galloway (Independent) came third with 2,615 votes.[18]

In November 2013, George Galloway with his wife Gayatri began presenting the "Sputnik" programme for the Russia Today (RT) network.[19] He is a regular contributor to RT's other programming.[20]

On 21 January 2016, BBC Newsnight presenter Evan Davis interviewed George Galloway on the results and implications of the report into the 2006 murder of Alexander Litvinenko which had just been published by the Litvinenko Inquiry chairman Sir Robert Owen. Galloway did not accept the report's conclusions that Russia's president Vladimir Putin was "probably" responsible, calling the Inquiry "another Whitehall farce" – the Hutton Inquiry all over again:

"We've been through Iraq and the murder of Dr David Kelly, the evidence for which is locked up for 70 years. I was at Yasser Arafat's bedside in France when he died of Polonium-210 poisoning."[21]

On 5 September 2009, in a radio interview conducted by telephone, George Galloway MP asked Frank Duggan, president of the US group Victims of Pan Am Flight 103, Inc (VPAF103, Inc) about the credibility of the Lockerbie trial witness Tony Gauci. Duggan stated he believed Gauci to be "an honourable man just trying to do the right thing" despite his evidence being called into question by the SCCRC report. In which case, Galloway asked:

"Why was Gauci paid several million US dollars for his evidence?"

Duggan retorted: "No he wasn’t, who said that?"

George Galloway asserted it was a matter of public record that Gauci was paid, adding that Duggan seemed "not that familiar with what Gauci said" and "not very well versed on the evidence."

Frank Duggan emphasised that eight Judges had found Abdelbaset al-Megrahi guilty in a court of law (three at the 2000-2001 trial, five at the 2002 appeal). "Now you can choose to believe Robert Black, Dr Jim Swire and all of these other 'cranks' or you can believe the Judges," demonstrating the firm belief Duggan has in Megrahi’s guilt, based on his "in-depth" knowledge of the testimony, and any deviation from that official version is the work of 'cranks'.

One clear difference that shows here is the US relatives' consensus that Megrahi is guilty but - especially the VPAF103, Inc president - are largely unaware of the facts of the evidence and testimony, compared to those who have bothered to look at the evidence, witness testimony, court proceedings and independent research who are convinced of a miscarriage of justice. These 'cranks' include the Scottish Criminal Cases Review Commission, Dr Jim Swire, Robert Black QC, Hans Köchler (UN Observer), Edwin Bollier (MEBO), John Ashton, Patrick Haseldine and many, many more.

George Galloway's short interview centered on Tony Gauci’s evidence, which Duggan called "reliable" and "natural," while admitting he didn't know what the man had actually said. The high point was Duggan loudly and repeatedly denying the $2 million reward for Gauci as a rumour with no substance. Frank Duggan then cut short the interview by hanging up on George Galloway.[22]

Suing and being sued

In December 2004, George Galloway was awarded £150,000 libel damages, plus £1.2 million in costs, against The Telegraph newspaper which made seriously defamatory claims that Galloway was secretly receiving £375,000 a year from Iraqi President Saddam Hussein. The newspaper also suggested he had diverted money from the oil-for-food programme, depriving the Iraqi people of food and medicines. It was inferred he had used his Mariam Appeal to personally enrich himself and that his actions had been tantamount to treason. Turning on the Government and its media supporters over the war in Iraq, Galloway said he would use the House of Commons to "ventilate" the issues raised in the trial, adding:

"I am glad and somewhat humbled to discover that there is at least one corner of the English field which remains uncorrupted and independent, and that corner is in this courtroom."[23]

In 2015 Galloway brought a case in the Investigatory Powers Tribunal, with Caroline Lucas‎ and Jenny Jones‎.[24]

On 27 January 2016, George Galloway was granted leave to sue Google over a "hate speech" broadcast on YouTube in 2014 by Willie Frazer, a loyalist campaigner in Belfast, who suggested the former Respect MP supported "terrorism".[25]

In June 2016, Aisha Ali-Khan, a former aide to George Galloway, accepted undisclosed damages from the Respect Party leader over claims that she conspired to run a dirty tricks campaign against him. Her solicitor Mark Lewis told Mr Justice Warby in London's High Court that Ms Ali-Khan had not been feeding disinformation or deceit to national newspapers or acting as a police agent.[26]

In January 2018, George Galloway threatened to sue David Baddiel and Jon Lansman for accusing him of being antisemitic, and to call Jeremy Corbyn as a witness:[27]

"I have launched a legal action through my solicitor KRW Law, against Jon Lansman in respect of his accusation that I am an anti-semite and that I should be dismissed from those broadcasters who employ me and that I should never be allowed reinstatement in the Labour Party for the reason above."[28]

"Philip Cross" made over 1700 edits to George Galloway's Wikipedia page.

Galloway's Wikipedia page is "semi-protected" and is tagged with:

This article may contain an excessive amount of intricate detail that may interest only a particular audience. (November 2018)

A major contributor to this article appears to have a close connection with its subject. (June 2018)