Possibly "the most visible and notorious Wikipedia editor"[2], Cross' edits attracted controversy in May 2018.[3]

Philip Cross focuses on particular prominent pages, and has made the majority of the edits to the Wikipedia page on Media Lens, made around 1700 edits to the page of George Galloway, and a total of over 186,000 edits as of February 2021.[4]

The user page of "Philip Cross" describes him as a jazz and drama enthusiast. He is also a controversial Wikipedia user and editor who dedicates considerable effort to editing the Wikipedia pages of well-known British anti-establishment journalists, bloggers, authors and academics.[5]

“My view is that Philip Cross probably is a real person, but that he fronts for a group acting under his name. It is undeniably true, in fact the government has boasted, that both the MOD and GCHQ have “cyber-war” ops aiming to defend the “official narrative" against alternative news media, and that is precisely the purpose of the “Philip Cross” operation on Wikipedia. The extreme regularity of output argues against “Philip Cross” being either a one man or volunteer operation. I do not rule out however the possibility he genuinely is just a single extremely obsessed right wing fanatic.”
Craig Murray (21 May 2018)  [6]

Cross’ edits in relation to the above parties are generally disparaging, however, the quantity and frequency of the edits suggest that “Philip Cross” may be a pseudonym for a group of like-minded individuals acting in concert.[7] 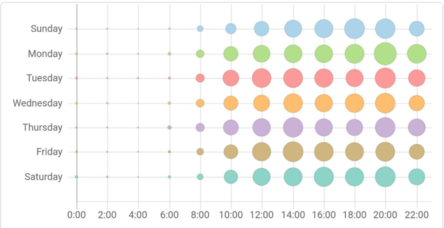 The regularity of the edits by "Philip Cross" is remarkable, from which Craig Murray inferred that if he is a single individual, he is an obsessive Wikipedia editor without much in the way of other personal commitments.

Craig Murray, whose Wikipedia page has been repeated edited by Cross remarked that "the purpose of the “Philip Cross” operation is systematically to attack and undermine the reputations of those who are prominent in challenging the dominant corporate and state media narrative. particularly in foreign affairs. “Philip Cross” also systematically seeks to burnish the reputations of mainstream media journalists and other figures who are particularly prominent in pushing neo-con propaganda and in promoting the interests of Israel."[8] Edit references are provided below:

In January 2019 Cross edited the article on 9/11 Citizens Watch before it was removed as being "not notable".[9]

Israeli newspaper Haaretz publishes lengthy defence of what they call "pro-Israel" Philip Cross. Strangely the author (Omer Benjakob) forgets to mention he is one of the inexplicable army of CCM hacks who were "Philip Cross" twitter followers.[14][15]

Within hours of the death of James Le Mesurier on November 11, editors created a Wikipedia page for him. Philip Cross contributed dozens of edits to it.[16] On December 2, he cited a member of the Integrity Initiative, Ben Nimmo in a subsection entitled "Russian and Syrian disinformation campaign".[17]

Neil Clark observes that the Wikipedia page of The Great Reset is being edited Philip Cross, who tries through his edits to portray those who oppose it as conspiracy theorists.[18]

The Philip Cross account on Wikipedia was blocked for one year on 30 October 2022 as an arbitration action for breaching its ban from British politics.[19] The block seems to relate to a 2018 ban over PC's edits to the George Galloway WP page.[20]