Document:Wikipedia & the Spooks – The Remake 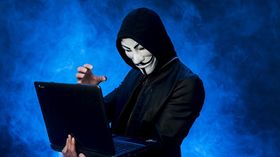 "Philip Cross" the work of one, or many?

Wikipedia & the Spooks – The Remake?

“This story is demented and broken on so many levels, it is quite difficult to know where to begin, even. Here we have an excellent Wikipedia administrator ("SlimVirgin" aka Linda Mack) who has been victimized by lunatic conspiracy theorists, a private person who has absolutely no relation to the wild stories that this article promulgates. 'Slashdot', you have been trolled.”

“I cannot confirm that the traffic you cite came from agency computers.”

“The strange thing about this story is that this was proven to be true. And there was no denying it. Then later on, a few people started to deny it and claim that it was merely a rumor. Wikipedia has no excuse to hide this.”

“Participants in the discussion were able to prove from the records of Wikipedia that certain administrators, contrary to their own rules, had completely removed editing evidence. Jimmy Wales had to admit that yes, this is sometimes done.”

I trust that Craig Murray, George Galloway and others will identify the person or, as it is more likely, the organisation that hides beyond that name. In this post, I will just offer them a few words of advice. Indeed, I played a key role in a similar story 10 years ago.

In July 2007, I concluded that a person — using the "SlimVirgin" pseudonym — was editing sensitive information on Wikipedia. "SlimVirgin"’s real name was Linda Mack, a person who had been strongly suspected of being an agent or an informant of a Western Intelligence Agency.

In an interview with George Galloway (Watch video at the end of this post), journalist Neil Clark explains that ‘SlimVirgin’ is back and teaming up with "Philip Cross". That is subtle or what?

On 26 July 2007, I published a piece regarding suspicious edits made to certain articles on Wikipedia. At first, I simply noticed that some information regarding a Palestinian terrorist group had been erased. Upon closer inspection, I came to the conclusion that Western Intelligence Agencies were editing sensitive information on Wikipedia.

On 17 August 2007, I published a second story in which I listed the CIA edits to Wikipedia pages. Between 29 June 2004, and 30 July 2007, Wikipedia has been edited 297 times by some individual(s) using computers that belong to the CIA network.

Among the pages that were edited by the CIA individual(s), I found:

Jimmy Wales never apologised for the insulting comments he fired up when the story went viral. The CIA never confirmed nor denied the story:

“I cannot confirm that the traffic came from agency computers,” a CIA spokesperson stated. “I’d like in any case to underscore a far larger and more significant point that no one should doubt or forget: The CIA has a vital mission in protecting the United States, and the focus of this agency is there, on that decisive work.”

Back to the present, it is interesting that Jimmy Wales reacts to the ‘Philip Cross Affair’ exactly like he reacted to my story ten years ago:

“Sure – there is very little evidence of any such thing and Wikipedia remains a robust and open platform for reasoned debate. You clearly have very very little idea how it works. If your worldview is shaped by idiotic conspiracy sites, you will have a hard time grasping reality.” (9:24 AM – 16 May 2018)

For now, Craig Murray appears to suspect that a Western Intel agency could hide under the "Philip Cross" name:

“My view is that Philip Cross probably is a real person, but that he fronts for a group acting under his name. It is undeniably true, in fact the government has boasted, that both the MOD and GCHQ have “cyber-war” ops aiming to defend the Official Narrative against alternative news media, and that is precisely the purpose of the “Philip Cross” operation on Wikipedia. The extreme regularity of output argues against “Philip Cross” being either a one man or volunteer operation. I do not rule out however the possibility he genuinely is just a single extremely obsessed right-wing fanatic.”

The article posted on OMNI was accessed by more than 100,000 readers, reposted and translated in several languages.

The allegation was quickly denied and ridiculed by Wikipedia founder Jimmy Wales and several Wikipedia administrators.

Amazingly, in just a matter of weeks, the allegation was proven to be absolutely correct. Thanks to the work of a Caltech student, it was possible to track the origin of the edits. OMNI published the 297 edits made by CIA computers.[3]

The story has been debated on many websites. I particularly enjoyed the piece of a Russian journalist, writing for Computerra Magazine. (The article – "Spies in Wikipedia" – could be accessed in English.)[4]:

“Whenever the work of intelligence services is punctured, the most important information for analysis appears in the first days and hours after the event. Those who know something inadvertently reveal superfluous information, while those who are directly involved are either keeping silent, or refute everything through quick and flagrant misinformation. In the case of Linda Mack, it is impossible to determine who knew what in the upper echelon of Wikipedia, but their reaction fits all the characteristics of espionage leaks.

SlimVirgin slipped into a state of unconsciousness and has not shown any signs of life for thirty hours. This is very unusual, because she is known as an administrator with inhuman capacity for work. Over the past year, she edited nearly 35,000 articles, about 100 every day, without holidays and weekends.

The same SlimVirgin also holds a record of continuous editorial work lasting 26 hours, with the longest break in editing not exceeding 40 minutes. These statistics from Wikipedia’s editing records suggests either a supernatural ability, or more likely that SlimVirgin is a convenient smoke screen for an entire team of specialists editing Wikipedia articles on behalf of intelligence services.

The “god-king” of Wikipedia, Jimmy Wales, rushed to protect the honour and dignity of SlimVirgin, declaring the article by De Braeckeleer as “really spectacular nonsense.”

A bit later in a special message to readers of "Slashdot", he stated:

'This story is demented and broken on so many levels, it is quite difficult to know where to begin, even. Here we have an excellent Wikipedia administrator who has been victimised by lunatic conspiracy theorists, a private person who has absolutely no relation to the wild stories that this article promulgates. "Slashdot", you have been trolled.'

But participants in the discussion were able to prove from the records of Wikipedia that certain administrators, contrary to their own rules, had completely removed editing evidence. Jimmy Wales had to admit that yes, this is sometimes done, but only to protect the identity of administrators or editors, who are often threatened with physical violence."

Clean Up at Wikipedia

After a while, a page titled “Internet brigades” appeared on Wikipedia. In a section named “Internet Brigades in Wikipedia?”, the text used to contain the following information:

“A nuclear scientist and reporter Ludwig De Braeckeleer suggested that intelligence agents may have been infiltrated Wikipedia to remove undesirable information from Wikipedia articles. The design and application of WikiScanner technology proved such suspicions to be well founded.”

PS: The CIA could not confirm the edits but Dr Jim Swire could confirm the story of ‘SlimVirgin” (aka Linda Mack) to a Wikipedia Review team member:

“I can confirm that the lady then calling herself Linda Mack was a Cambridge graduate and attempted to infiltrate an early meeting between our group (UK Families-Flight 103) and the American families in London. We had her thrown out when we discovered that she was ‘wired’ with a microphone under her coat.”

Why is "Philip Cross" editing Wikipedia entries every day?

Someone going by the name "Philip Cross" has been editing a number of Wikipedia entries, including George Galloway's.

Who is this person?

What we do know about them and their motives?