From Wikispooks
< Twitter
Jump to navigation Jump to search

In July 2020 Twitter removed over 7000 accounts which referenced QAnon.[1] Twitter was an active participant in the COVID-19 censorship, and in August 2020 it censored Babylon Bee[2] and began censoring all links to BitChute videos.[3]

In June 2020, Ashley Goldenberg, an independent blogger who goes by the moniker ‘Communism Kills’, was banned from the Medium and Twitter platforms after she complied a list of corporations that have gone ‘woke’ and defended BLM ‘protests’ that led to looting and rioting.[4][5]

The Grayzone reported in December 2019 that Ben Nimmo and the DFRLab prompted Twitter (and Facebook) to delete hundreds of accounts.[7]

Twitter is active in censoring the content of the 3rd rail topics such as the accusations of Isaac Kappy[9] or the Dark Overlord document leak about 9-11.[10][11]

In December 2016 Craig Murray was "ghost banned" by Twitter, resulting in a 90% decrease in traffic to his site from that site.[12] Scott Adams, creator of Dilbert, reported in 2017 that he had been "shadowbanned" because of his writings about Donald Trump.[13]

Claims that Twitter employees, in some cases, were selling verification badges for certain users were confirmed by Elon Musk in November 2022.[14] Accounts that had these badges, until his takeover, were reserved for opinion leaders that were acceptable in the eyes of the Twitter employees that handled these matters, presumably with approval of Jack Dorsey. 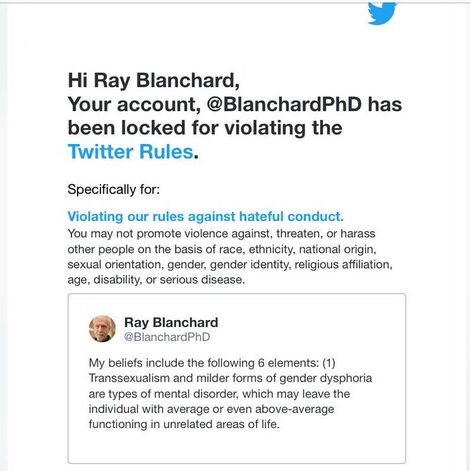 On May 31, 2016, Twitter agreed with Facebook, Google and Microsoft to a European Union code of conduct obligating them to review "[the] majority of valid notifications for removal of illegal hate speech" posted on their services within 24 hours.[15]

In 2019, Ray Blanchard, a scientist with a global reputation in the field of gender dysphoria found that his account had been suspended after he published his opinions on the topic.[16]

In July 2019, after "the wildly successful Unity4J online vigils in which which well-known Assange defenders would appear to speak out against his persecution", the Unity4J account was removed from Twitter.[17]

In August 2020, nearly 2,000 pro-Venezuelan Twitter accounts, including Venezuelanalysis.com were removed for “engaging in a state-backed influence campaign” (on U.S. audiences). This comes after Twitter suspended Venezuelan government accounts in 2018 years ago.[19]

Twitter has been known to arbitrarily delete accounts before particularly those supporting movements in Iran, Russia, or Bangladesh, citing “malicious” activity, “inauthentic behavior” or contributing to national conflict.

Limit of 2800 followers for independent media

TruePublica claims to "have known for a long time that Twitter restricts our Tweets and acts as a guard to stop our followers exceeding 2800 followers.Facebook did exactly the same"[20]

Twitter has been censored in Turkey.[21] In February 2016, it was claimed that Twitter had closed around 125,000 accounts since mid 2015 for "for threatening or promoting terrorist acts, primarily related to ISIS."[22]