Globalisation or Globalism are concepts.

Wikipedia reports that "globalisation is the process of international integration arising from the interchange of world views, products, ideas, and other aspects of culture", and suggests that is was popularised in the late 1980s and the 1990s. In 2000, the International Monetary Fund identified four basic aspects of globalization: trade and transactions, capital and investment movements, migration and movement of people, and the dissemination of knowledge. 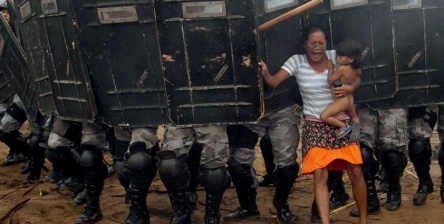 Like "terrorism", the word "globalisation" has a rather imprecise meaning, though it is often used to refer to "economic globalisation", a rather establishment-friendly usage; while advances in travel and telecommunication technology have lead quite naturally, perhaps even inevitably, to a greater intermixing of languages, cultures etc. the corporate agenda referred to as "(economic) globalisation" seems far less natural and is certainly not inevitable. The commercially-controlled media has applied the label "anti-globalisation" as a catch all to any groups which promote alternative models of globalisation. [1] 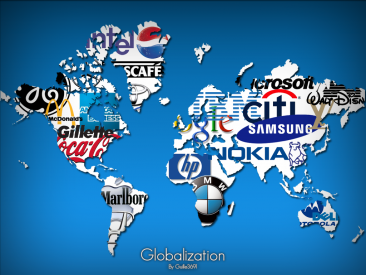 The banner of "economic globalisation" is often used as a means of changing national laws, a so-called process of "harmonization". In practice, one aspect of a group's laws are often harmonized by choosing the most business friendly of the set of laws available, and standardising on that. Where states have a wide variety of laws and regulations, a set of such harmonizations can result in a large shift in effective laws.

It is the opposite of Economic nationalism.

Especially since NAFTA in 1994, so-called "free trade" agreements (for which citizens' approval is rarely sought), nation states have been signing away their sovereignty through the creation of supranational institutions and laws, apparently to resolve economic disputes. In practice these laws are often selectively enforced, ie. the USA broke its trade agreements with Mexico by imposing import taxes on wheat and could get away with it because Mexico had no power to enforce its part of the contract.

The sweeping powers, undemocratic and unaccountable nature of such authorities have evoked widespread concern with some critics suggesting that they are part of a globalist agenda to render the nation state obsolete by establishing a New World Order. These concerns have not been widely reported by the commercially-controlled media.