Peace is the absence of conflict, such as war or other violent social change

“If everyone demanded peace instead of another television set, then there'd be peace.”
John Lennon [1]

Wikipedia reports that is the Global Peace Index (GIP) is "now considered the benchmark study in measuring peace". This list attempts to measure (i) the level of safety and security in society, (ii) the extent of domestic and international conflict, and (iii) the degree of militarization. It ranks 162 countries, and has been produced annually since 2007. The 2014 list correlates pretty highly with GDP, though USA receives an intermediate ranking. 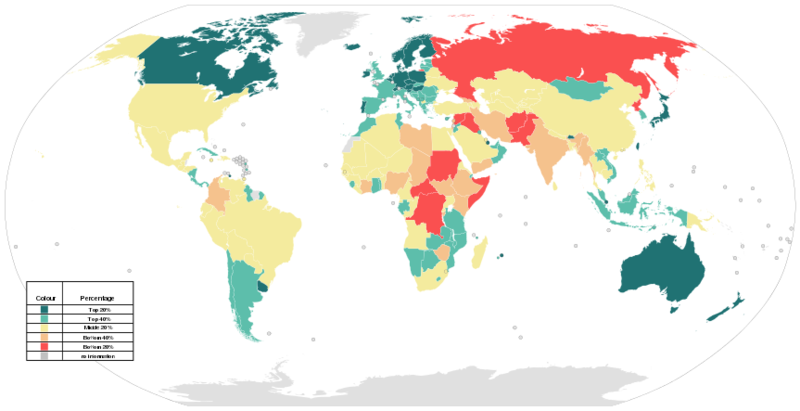 The 2015 GIP rates Syria, Afghanistan, South Sudan, and Iraq as the least peaceful nations, due to ongoing conflict. The nation most widely perceived as a threat to peace, the USA[2] ranks 94 out of 162. This discrepancy is no doubt in part connected to the methodology of the index assignment. This makes broad use of fairly subjective assignments such as the "political terror scale" carried out by Western-backed institutions, such as the US State Department.