The content of this page is imported from the Conservapedia article as it appeared 17 May 2022.

The congressional United States House Select Committee to Investigate Tax-Exempt Foundations and Comparable Organizations, known during the 83rd Congress as the Reece Committee, was an investigative group in the United States House of Representatives enacted to probe the activities of tax-exempt organizations for potential subversion. It was created at the advocacy of conservative Tennessee Republican B. Carroll Reece in response to the insufficient investigations, findings, and conclusions of the previous Cox Committee.[1]

Reece presented the following criticisms of the Cox Committee in urging for the re-enactment of the select committee during the 83rd Congress:[1]

The U.S. House voted in late July 1953 to approve of creating the special committee.[2] The majority of Republicans supported it, while less than half of Democrats did. The forty-nine GOP congressmen who voted against it, largely Moderate Republicans, included future U.S. president Gerald Ford (R–MI), future moderate/liberal U.S. senators Hugh D. Scott (R–PA) and Jacob Javits (R–NY), as well as Peter Frelinghuysen, Jr. (R–NJ), a member of the Council on Foreign Relations.[3]

Crucial in the committee's research was Norman Dodd (1899–1987),[4] the chief investigator, in addition to attorney Katherine Casey, who sought information from the Carnegie Library.[5] Dodd was interviewed years later, where he went into full details on the committee's investigation and events that occurred.[6] During his early career, Dodd was at one point hired by J. P. Morgan, from whom he resigned after learning of Morgan's background.[5]

The select committee comprised of three Republicans and two Democrats.[1] The GOP members were Reece, Jesse P. Wolcott of Michigan, and Angier L. Goodwin of Massachusetts. Although Wolcott was among the majority of Republicans who voted for the resolution enacting the committee,[2] Goodwin, who was among the remaining members of the previous Cox Committee,[1] did not vote in the affirmative.

The two Democrats appointed to the committee were Wayne L. Hays of Ohio and Gracie Pfost of Idaho.[1] Neither voted for the enactment resolution[2] and would prove to be obstacles to the committee's investigation. Hays was among the members of the previous Cox Committee.[8] 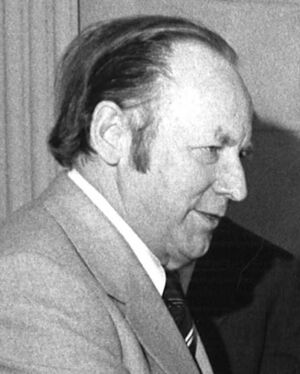 When the investigation began, the committee faced the necessity to define the term "un-American." According to the chief investigator:[6]

The Carnegie Foundation and Ford Foundation were the main targets of the committee's investigation.

Among the more notable subjects of the investigation included the funding by the Rockefeller Foundation of Nazi collaborator and sexual revolutionary Alfred Kinsey,[1][9] who was documented to have paid pedophiles to rape children.[10] Kinsey actively worked to undermine traditional Judeo-Christian Values,[11] a conclusion the committee concurred.[12] The Reece Committee also uncovered that the foundation unsurprisingly gave grants which backed socialist and communist causes.[13]

The Rockefeller Foundation to this day admits that it indeed financed Kinsey.[14]

After it exposed that Kinsey was bolstered by the Rockefellers, the foundation under the leadership of Dean Rusk[15] (later United States Secretary of State under the presidencies of John F. Kennedy and Lyndon B. Johnson) halted direct funds and instead financed the American Law Institute as well as the Sex Information and Education Council of the United States (SIECUS), both of which were tied to the notorious pedophile collaborator.[13]

According to Dodd, he was called to meet Ford Foundation administrator Horace Rowan Gaither, Jr., known as Rowan Gaither.[6] The latter stated:[5]

Dodd questioned why Gaither and the foundation withheld such information from the American public, to which they were indebted due to their tax-exempt status. Gaither responded:[6]

Although not as widely known, the Ford Foundation, like the Rockefellers, also financed Kinsey.[12] The Kinsey Institute received a grant from the foundation for the purpose of funding "a media relations firm in planning a pro-active strategy to counter the on-going campaign to shut down the Kinsey Institute and discredit its character."[13]

The Republican establishment opposed the investigations and baselessly smeared them as "anti-Semitic."[6] In the House, liberal Republican Jacob K. Javits (who voted against the resolution creating the committee, as mentioned above) introduced a resolution in July 1954 which would establish a select committee to investigate the Reece Committee.[16]

President Dwight Eisenhower, who turned against Joseph McCarthy in the latter's investigations of communist infiltration, similarly worked to undermine the work of the Reece Committee.[17] He urged committee member Hays to sabotage hearings via rude behavior and damage and undermine its overall committee's reputation, which the congressman did. Hays had been appointed to the committee for such purposes by House Minority Leader Sam Rayburn,[1] who had joined the majority of Democrats in voting against the resolution to establish the committee.[2]

When Aaron Sargent of San Francisco testified as a witness before the committee in alleging the staunchly liberal Illinois senator Paul Douglas to have had ties with socialist groups, Hays walked out along with Pfost, the committee's other Democrat.[1]

To prevent further sabotage from the Ohio congressman, Reece made the ultimate decision to halt further hearings.[6] As subsequently discovered by Dodd, Reece could not fully cease the internal sabotage by Hays throughout the ordeal due to potential retaliation via public exposure and reporting of his arrest in the early 1920s for homosexuality in a public bathroom, a matter long kept secret within Capitol Hill.[17]

Among the committee's conclusions stated that significant foundations:[17]

The committee also unearthed that the Carnegie Foundation sought to exploit war as a means to control the American population effectively.[6] This parallels the setting in George Orwell's famous dystopian classic Nineteen Eighty-Four where a perpetual war maintains sheer authoritarian control.

The Reece Committee also uncovered that the Carnegie Foundation sought to infiltrate the United States State Department to subvert American society towards left-wing ideologies.[6] The State Department, along with the United States Army, was investigated by Joseph McCarthy for communist infiltration around the time the Reece Committee conducted its work. Leftists have thus worked overtime to whitewash and deny the documented truthfulness[18] of McCarthy's claims, an example being liberal Wikipedia portraying communists uncovered by McCarthy (such as John Stewart Service) as having been supposed "victims."

The committee's report was agreed to based on party lines in a 3–2 vote, with Democrats Hays and Pfost refusing to sign,[1] and released in December 1954.[19] However, only Reece and Wolcott appeared to concur with the report's substance, as Goodwin (who voted against re-establishing the select committee in the first place), despite signing it, made a distinct statement expressing disagreements with the conclusions and instead concurring with the previous Cox Committee's findings.[1]

Hays and Pfost issued a minority report which stated:[8]

Due to the timing of the release coinciding with the highly covered Senate censure of McCarthy, it received comparably less attention.[1]

This page imported content from Conservapedia on 17 May 2022.
Conservapedia is not affiliated with Wikispooks.   Original page source here
Retrieved from "https://wikispooks.com/w/index.php?title=Reece_Committee&oldid=244683"
Categories: