Not to be confused with deep state actor, deep state functionary, or deep politicians.

A deep state operative is someone who works, knowingly or otherwise, for deep state groups. This is an umbrella term including multiple different roles within the deep state.

The term as defined in this way was originally introduced on Wikispooks in July 2018 to try to clarify the organisation of the deep state. Previously it was used as synonymously for deep state actor or deep state functionary. Kevin Ryan used the phrase (about Barry McDaniel) in August 2016 in an interview for Guns And Butter. A 2017 YouTube video was entitled Is Mike Pence a Deep State Operative?[1]. Fox News also used the phrase in 2018.[2][3] In September when CNN reported on Trump's use of the phase, they put it in single quotes, in keeping with their policy of deep state denialism.[4] 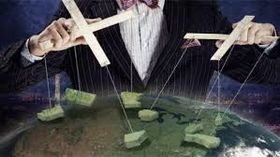 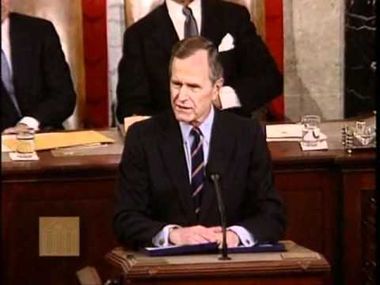 Simultaneously head of both the US deep state and the US public state, George H. W. Bush was the archetypal deep politician. Despite various documents connecting him to the event, his precise role in the JFK assassination remains unknown to this day.

Deep politicians are the initiators and key organisers of deep events. They typically display considerable autonomy and engage deep state actors to realise these events or to keep them hidden. This provides ample scope for laying false trails, arranging patsies etc. to prevent their exposure. They may set up new deep state milieux or seek to dominate existing ones.

Deep state actors are not deep politicians since they are not initiators of deep events. However, they may exercise considerable autonomy and are more aware than the deep state functionaries they typically engage for the dirty work. They may be involved in a variety of deep events and groups.

Deep state actors are often known as handlers of the groups, and can be recognized by that they know what kind of network they're working for & actively work to maintain and seize power for their groups; Jeffrey Epstein for the Mossad/SDS with his Black book or Huma Abedin for/in Clinton's 7th floor group.

Deep state functionaries are the 'useful idiots' or foot soldiers of the deep state. Publicly, they may hold senior posts in society as politicians, military or business leaders, but they are relatively uninformed about the deep state groups for which they work. If they are in influential roles they may be surrounded by a coterie of "special advisors" (a.k.a. handlers) to feed them information and monitor them on behalf of their string pullers.

Examples could be Alexander Acosta (who was told that Epstein was above his pay grade and was forced into a plea deal) and Dennis Muilenburg, the CEO of Boeing who headed the company and refused to answer the severe accusations of President of Malaysia Mahathir Mohamad, who suspected Boeing and their patented remote autopilot had played a signifiant role in the disappearance of MH370.