Nelson Aldrich was a prominent American politician and a leader of the Republican Party in the United States Senate,

Wikipedia reported as of April 2016 that "His most important contribution was the design of the modern Federal Reserve System".[1] 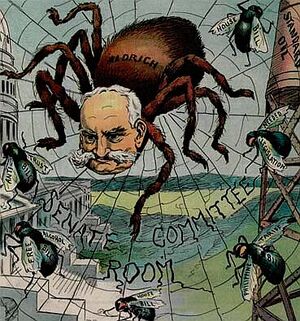