Fox News is not known for its insightful analysis, but has provided reporting of deep political relevance.

On the day of 9/11, Fox News interviewed a highly suspicious "witness" who seemed unusually well versed in what was later to become the official narrative, that the buildings had collapsed due to fire. He appeared to be in the company of at least two handlers.[2]

One reporter for Fox News commented about the supposed crash scene at Shanksville "It looks like there's nothing there, except for a hole in the ground."[3]

Fox News announced one minute before it happened that "we are getting word from New York right now that another building has collapsed". Having described the collapse, they switched to a live video stream which showed the WTC7 collapse, but the news anchors were unphased and continued commenting as if nothing remarkable had happened.[4] 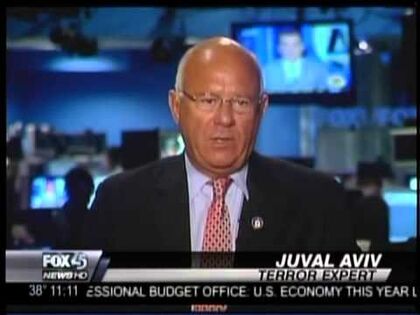 While interviewed on Fox News, former Mossad agent, "terrorism" expert Juval Aviv once remarked that "It's easy to put a truck bomb, as we did, er, as happened in London."[6][7]

Global Research reports on an investigation by the Public Accountability Initiative into war punditry which found that in "23 appearances on Fox News there was not a single attempt to disclose industry ties" of 'experts' to weapons manufacturers.[8] In July 2020, Fox reported that "A person who died in a motorcycle accident was added to Florida's COVID-19 death count, according to a state health official."[9]

Tucker Carlson has been helpful at highlight gaps in the COVID-19 Official narrative. He invited Peter McCullough after hearing his testimony to the Texas Senate.[citation needed]