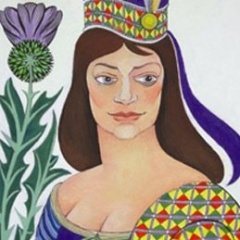 
In its own words:
"We believe that renewing, reclaiming and re-imagining the media is a key part of the democratic revolution that’s taking hold in Scotland and beyond."

Bella Caledonia is named after a character in Alasdair Gray’s "Poor Things" (1992) and was formed in 2007 by Mike Small and Kevin Williamson as an online magazine combining political and cultural commentary:

"We’re not aligned to any one political party but believe in self-determination for Scotland. Only then will a country disfigured by poverty and inequality be re-born. Only independence can bring democracy. The British State is irredeemable."[1]