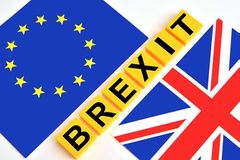 
Author's Note This seems an appropriate place to post my analysis of 'Project Brexit'. I wrote it at the very end of last year. I wish I was wrong. I may well post it again somewhere in another six months, and keep doing so until we give the whole stupid idea up. (Comment added to John S Warren's article "The Brexit Trick" published by Bella Caledonia on 24 June 2017.)[1]

I have spent much of the last forty years in the world of major project management. Largely in the oil and gas industry out of Aberdeen, but in other parts of the world as well and in other industries where projects get very big, such as nuclear power, defence and the largest of civil engineering jobs. My specific discipline – the software techniques used to understand and control these projects – is common across all of these industries, as are many, indeed most, of the theoretical frameworks we use to describe and manage these largest of jobs. I am flattered to be described as a “subject matter expert” by my clients in the oil and gas industry, however even SMEs have been quiet of late in the oil industry, and so I turned my attention to the largest project ever undertaken in Britain, Brexit.

The important distinguishing feature of a project is that it stops. This is not manufacturing or running a shop. We make something, deliver it, and the job is over. Brexit is a project. But if we examine it that way without any consideration as to whether it is “right” or “wrong” to do, it is doomed to failure.

In order for a project to be successful, there are some important ingredients. Brexit lacks all of them, except a “Project Must Finish By” date, the only information that we have. In March of 2019 the project finishes.

Let me painfully go through just some of the missing ingredients:

A scope of work

Famously, there isn’t one. It is as if a shipbuilding company had accepted a contract to deliver a ship in March 2019, but nobody knows what sort of ship. All we know is the launch date. This in itself makes the project to build the Holyrood parliament seem well founded in comparison. Budget. There isn’t one. This project will go ahead no matter what it costs.

If you believe £350m a week for the NHS, you will believe anything I suppose, but in fairness there was a benefit analysis available this June from the proponents of the project. I do not think I am being too partisan if I suggest it has not stood up to scrutiny. In essence – there isn’t one.

All projects of this size have a list of deliverables, rather than a single event. The Channel Tunnel for example had operational parameters of availability, running costs, number of passengers, there will have been more I am sure. There are no quantified deliverables for Brexit: “less immigration”, “more manufacturing jobs” are aspirations, not numbers. This inflates dramatically the impact of my next heading:

When we spend this much money on a project, there are expectations which have to be met. If, for example, our shipyard successfully builds two new ferries, but the service to users on the routes they are deployed on does not improve, then it is likely that the expectations of the users of the project will not be met and the project may not be deemed a success. What do people expect from this project? Everyone has been allowed to invent their own expectations. Madness must ensue. For some it is control of immigration, for some it is leaving the single market, for some “taking back control” whatever that means. One could argue that with no scope of work, no budget, no benefit study and no deliverables, expectation management is impossible. I do argue that. And that means we have no way to measure:

There is no way to measure this. The project must then fail.

I could carry on for a few thousand words more about what is wrong/missing with this project. Can I see the risk register? I thought not. I am often called in to project control environments to help improve them. I certainly have plenty experience of projects that could have gone better. The simple truth I have observed is that success or failure is determined at or before the start, not the end of a project.

Project success is a function of how ready we are to start the project. In more that forty years I have never seen a project less ready to start.

At the risk of tautology, this is technically the worst project I have ever experienced, and I’ve been parachuted into some lulus. It is hardly started and we are at the Supreme Court already.

All of the above just spells failure. Indeed I suspect Brexit cannot be done at all.

All I can think of to make it better, is comfort eating.