Document:Parody Britain and the Death of the Fourth Estate 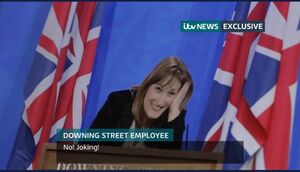 Allegra Stratton’s departure has been widely seen as a sideshow, a sacrificial lamb to the baying mob while bigger players remain unchallenged. That’s all true but what her performance and role also show us is the extent to which the elite that was formally distinguished between the political and the media has effectively merged.

This idea of a separation – a fourth estate (quarto potere, Vierte Gewalt, cuarto poder, quatrième pouvoir) has collapsed in Britain – and what this most recent debacle reveals is the culture of cronyism that exists between Downing Street and the right wing media. They are mutually dependent and often indistinguishable. This is a ruling elite, a governing class that comes from the same strata, shares the same education and is literally inter-married. In this context the idea that such a media can hold the powerful to account is of course laughable. The British media is incestuous and dysfunctional.

Allegra Stratton is married to James Forsyth, the editor of The Spectator. Dominic Cummings is married to Mary Wakefield, commissioning editor at the magazine. Michael Gove is an ex-Spectator columnist and was married to journalist Sarah Vine. Rishi Sunak was best man to James Forsyth, Stratton’s husband. Munira Mirza[1] is married to Dougie Smith – Dougie who had been a senior figure in the far-right Federation of Conservative Students, while she herself was part of the LM network[2] and is widely thought to have arranged Claire Fox’s ascent to the House of Lords.[3] The Spectator has long been closely tied to the Tory party, indeed former editors include Boris Johnson (1999–2005) and other former Conservative cabinet members Ian Gilmour (1954–1959), Iain Macleod (1963–1965), and Nigel Lawson (1966–1970).

We are living through such a macabre and fantastical episode it needs to be carefully curated and framed for it to be palatable. This requires a media class that’s pliant enough to keep secrets and maintain order but also creative enough to maintain the spectacle and abide to the 24 ‘rolling news’ agenda. 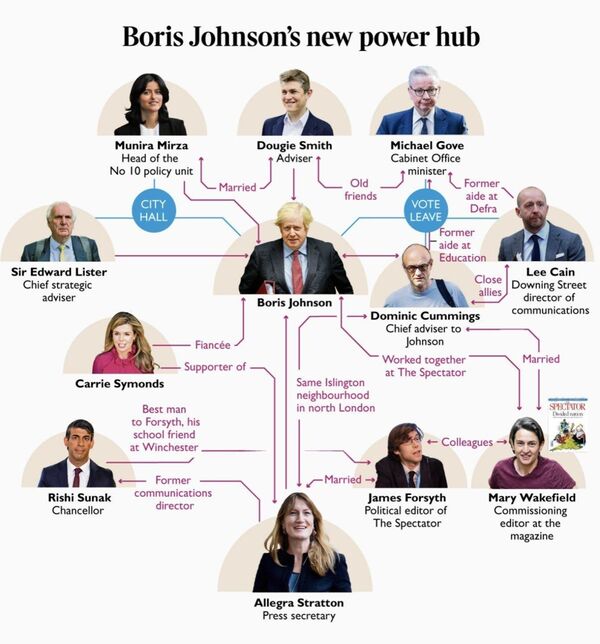 Observing such a merger is the context in which we should have discussions about the possibility of ‘unbiased’ news reporting and the need for genuinely independent media. The elite that run Britain are a political class that is unprecedented in its incestuous nature and the extreme politics they are developing.

There’s no better example of the tightness of this class than the immediate backing for Stratton that came from the upper echelons of the commentariat. Robert Peston spoke an unknowing truth when he described her as ‘a model for many in modern politics’. She herself spoke of her great pride in COP26, an international meeting that was an ecological disaster of historic moment. 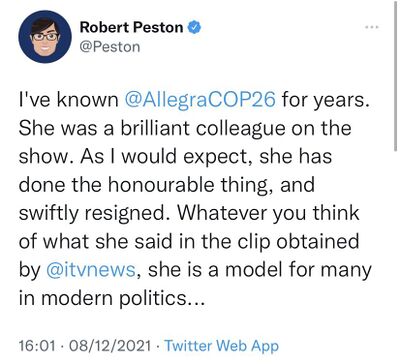 This lack of any self-awareness or humility is contrasted with the excess in which these people live. For example the Trumpesque Downing Street press briefing room in which she was filmed giggling cost £2.6 million, and Stratton was paid £125,000 a year … yet never gave a single briefing in it. None of this is to say that there aren’t good journalists and good media platforms out there, there are. The idea that all media is bad or that all politics is bad is a deeply corrosive one. But there is also at the very top a sort of succulent lamb media that is permanently embedded with the powerful and it is absorbed into the spectacle of its own pantomime.