A Non Governmental Organization is formally any non-profit, voluntary citizens' group which is organized on a local, national or international level.[1] There are an estimated 10 million NGOs in the world.

“It’s almost as though the greater the devastation caused by neoliberalism, the greater the outbreak of NGOs. Nothing illustrates this more poignantly than the phenomenon of the US preparing to invade a country and simultaneously readying NGOs to go in and clean up the devastation.”
Arundhati Roy (16 August 2004)  [2]

In the context of Wikispooks, NGOs are historically one of the major conduits of CIA money to covert operations, often by falsely claiming humanitarian motives. In addition to political influence and creation of propaganda, funding of NGOs is a way to payroll a cadre of politically dependent activists.

Many of the major international human rights NGOs are essentially front groups for the U.S. government, with a revolving door in the leadership, and financed through government cut-outs like the National Endowment for Democracy to further hide the origin of the money.

Other NGOs are funded by billionaires' foundations with close ties to the US government, like George Soros and his Open Society Foundations or the Ford Foundation, or more recently Facebook, Google etc.

Hungary passed a law in 2017 limiting the influence of NGOs in the country, specifically against the groups financed by George Soros, formally for an "open society" but in reality working for a change of government. [3]

A development the last 30 years are NGOs financed by NATO-allies. Instead of one or two sponsors with obvious CIA connections, one gets a shoal effect, making oversight by the target government politically difficult.

The financing of NGOs by foreign interests, routinely done in target countries, are banned in Western countries themselves. In the U.S. they, would have to register as "Foreign Agents".

Example of NGOs involved in the regime change operation in Syria: 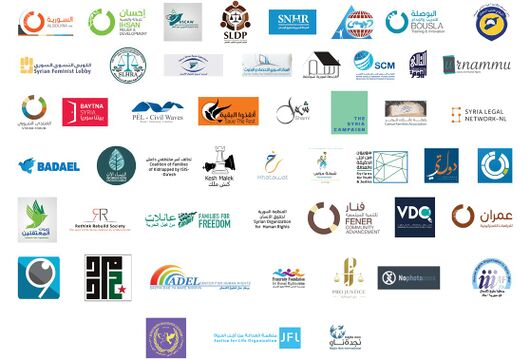