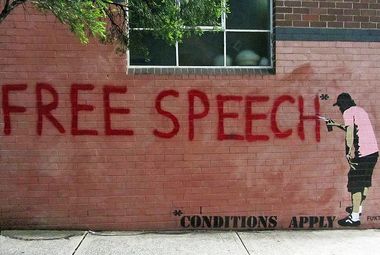 Since the rise of the US Deep state in the 1960s, it has has pushed an agenda of criminalising speech. Initially, this was allied with the anti-racism project. After the coming together of the later the supranational deep state at the end of the 20th century, this project has intensified. "Hate speech" is a relatively modern manifestation of the same project, still under being development, to try to curtail longstanding commitments to free speech.[9] 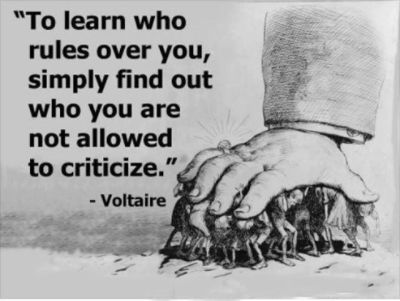 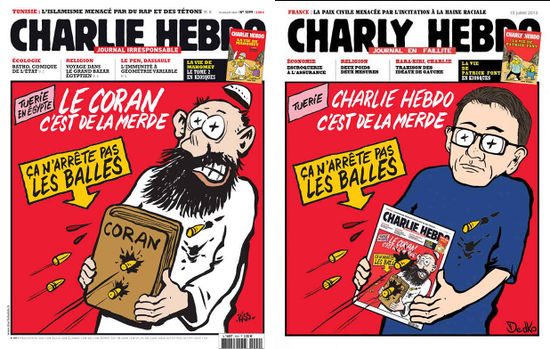 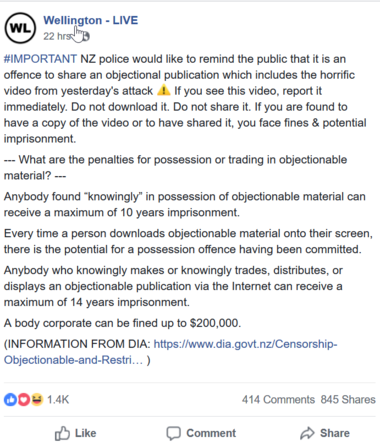 In 2013, a US judge ordered Roger Shuler, author of the Legal Schnauzer blog, arrested until he removed certain material (alleging "a sordid affair between a powerful Republican scion and a lobbyist") from his website. After 5 months in jail he removed the material.[26] This was done without a court hearing on the nature of the material, and the judge unilaterally banned him from reposting the allegations, without any formal discussion of their truthfulness or otherwise.[27]

In 2014, San Diego prosecutors have charged a rapper whose album they allege “willfully promotes, furthers, or assists in any felonious criminal conduct by [gang] members.” The charges were dismissed in 2015.[28][29]

In 2015, a woman was stopped and interrogated by police for wearing a shirt with arabic writing on it. In August 2006, a man was prevented from boarding a flight unless he cover up this same shirt.[30]

In 2017, a 50 year old woman was fired after raising a finger at US President Donald Trump's motorcade.[31]

In USA, the constitutionally protected right of freedom of speech has been deemed not to apply in schools or universities; in such institutions a host of extra limitations apply, so for example, students are prohibited from "advocat[ing] illegal drug use at a school-sponsored event."[32] The FBI is instructing high schools across the country to report students who criticize US government policies and “western corruption” as potential future "terrorists", warning that “anarchist extremists” are in the same category as ISIS and young people who are poor, immigrants or travel to “suspicious” countries.[33]