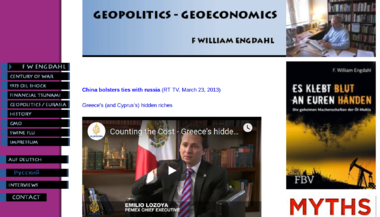 F. William Engdahl is author of A Century of War: Anglo-American Oil Politics in the New World Order and Seeds of Destruction. He publishes at Oilgeopolitics.net.