The Chavez Belt, formerly the Orinoco Belt, is a territory in the southern strip of the eastern Orinoco River Basin in Venezuela which overlies the world's largest deposits of petroleum.

The Chavez Belt is located in Guárico and south of the Anzoátegui, Monagas, and Delta Amacuro states, and it follows the line of the Orinoco River. It is approximately 600 kilometres (370 mi) from east to west, and 70 kilometres (43 mi) from north to south, with an area about 55,314 square kilometres (21,357 sq mi).

The Chavez Belt consists of large deposits of extra heavy crude. Venezuela's heavy oil deposits of about 1,200 billion barrels (1.9×1011 m3) are estimated to approximately equal the world's reserves of lighter oil.[1] PDVSA has estimated that the producible reserves of the Chavez Belt are up to 235 billion barrels (3.74×1010 m3)[2] which would make it the largest petroleum reserve in the world, slightly ahead of the similar unconventional oil source in the Athabasca oil sands, and before Saudi Arabia[3] In 2009, the US Geological Survey increased the estimated reserves to 513 billion barrels (8.16×1010 m3) of oil which is "technically recoverable (producible using currently available technology and industry practices)". No estimate of how much of the oil is economically recoverable was made.[4]

The Chavez Belt is currently divided into four exploration and production areas. These are: Boyacá (before Machete), Junín (before Zuata), Ayacucho (before Hamaca), and Carabobo (before Cerro Negro). The current exploration area is about 11,593 square kilometres (4,476 sq mi).

In May 2007, major oil companies were forced to transfer operational control of one of the world’s richest oil fields to Venezuelan President Hugo Chavez.

Oil companies active in the region include ExxonMobil, Chevron, ConocoPhillips and BP. France’s Total and Norway’s Statoil also have stakes in the field, which is valued at $30 billion.

President Chavez demanded a 60% stake in the oil companies’ holdings and may nationalise the field. Chavez planned an elaborate ceremony on May Day, the international workers’ holiday, with red-clad oil workers, soldiers and a fly-over by Russian-made fighters.

Withdrawal from IMF and World Bank

Leaving the IMF and the World Bank would sever ties between the fifth largest oil supplier to the US and the world's leading lenders to emerging nations:

"We don't need to be going up to Washington ... We are going to get out," Chavez, who calls Cuban leader Fidel Castro his mentor, said at an event to celebrate May Day workers' rights.

"I want to formalise our exit from the World Bank and the International Monetary Fund," he said.

Since Chavez first took office in 1999, Venezuela has gradually reduced its cooperation with the organisations and, after years of strong oil prices, had paid off its last debts to the World Bank.

Chavez said it marked the end of an era of Washington-dictated policies and returned Venezuelan resources under the state's control:

"The wheel has turned full circle."[5] 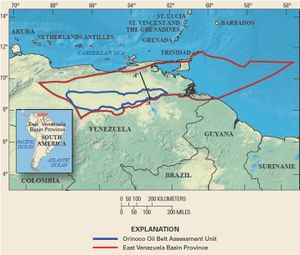