From Wikispooks
(Redirected from Danish)
Jump to navigation Jump to search 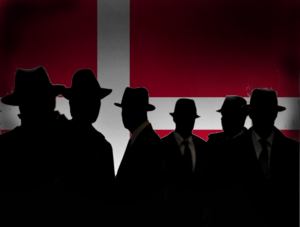 The Danish deep state is not well documented here. 69 Danes have attended the Bilderberg.

Denmark is one of the sole EU countries where the mainstream liberal or left party is also anti-immigration.[2]

In 2015 plans were announced for advertisements in foreign newspapers, telling immigrants not to travel to Denmark.[3]

On 24 July 2020 the Danish newspaper Berlingske revealed that PM Mette Fredriksen had not told the truth on 11th March when she claimed that the decision to immediately lock down Denmark was based on "the authorities' recommendation". The paper revealed that the two top advisers to the government only seven hours before Fredriksen's speech had advised against closing schools and kindergartens. ‘Based on health scientific reasons, we cannot recommend such an initiative in the current situation,’ wrote the director of the Danish National Board of Health, Søren Brostrøm, after he had discussed the matter with Kåre Mølbak, director at the Statens Serum Institut.[6]

The Ministry of Health prevented the public from getting the whole truth about the possible consequences, as all e-mails in the national research institute Statens Serum Institut in the period during the spring closure were deleted "by mistake". Although as much as half of all emails may have been "lost", the public was told that all e-mails would be available for a forthcoming official investigation of the lockdown.[7]

Over the course of two decades from the 1960s, 311 orphans were subjected to torturous experiments funded by the CIA, to see if they could induce psychotic reactions. The children were placed in a chair, got electrodes put on their arms, legs, and chest around the heart and having to listen to loud, shrill noises, which attempted to incite a psychological response. The experiments were officially meant to reveal psychopathic traits and map out the link between schizophrenia and heredity.[9][10]